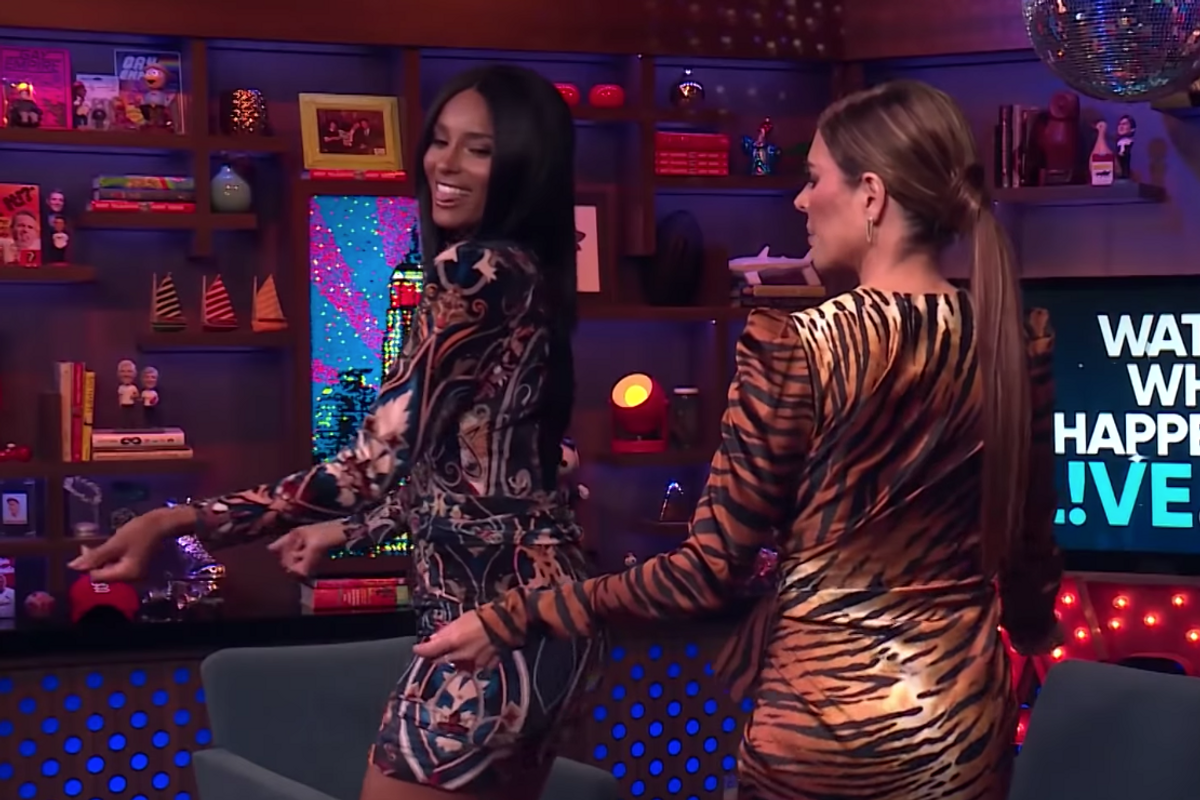 On Watch What Happens Live with Andy Cohen, Ciara and The Real Housewives of Beverly Hills cast member Lisa Rinna sat down to kiki about everything from Ciara's abstinence before her marriage to Seahawks player, Russell Wilson, to pure catty Vanderpump drama. The capstone of the episode and its after show, however, had nothing to do with the he-said-she-said chit-chat about the housewives franchise. The climax came when Rinna requested a one-on-one twerk sesh with Ciara.

Now, it is a known fact that Ciara has been popping it like a pro for well over a decade, all the way back to the "Goodies" days. Her level of movement mastery isn't something you can learn overnight, or in a minute-long segment in front of a live TV audience. Rinna's a determined professional, though, and was ready to put it all on the line to find out the secret to Ciara's legendary moves.

"We got to keep it cute," Ciara remarks about twerking in a dress before obliging to the free dance lesson. An ominous, royalty-free breathy beat plays on cue as the women stand up. It appears Rinna doesn't need much instruction, though; she's making it pop like she's ready to dance back-up in the "Level Up" video! Ciara just repeats "make it pop," over and over, and magically, Rinna does! "You can't move too much in the front area, you've got to isolate the booty," Ciara instructs.

Then, it was Rinna's turn to teach Ciara some moves. That's a tall order, considering Ciara is just about the most revered dancer in the industry, but Rinna wasn't about to back down from this challenge. She's survived a RHOBH reunion, after all. "I'm really into Fosse right now," Rinna says slyly, slinking back and forth through the clubhouse set.

"I don't know what we're doing right now, but I'm doing it!" Ciara says. Neither do we, but we love it nonetheless!