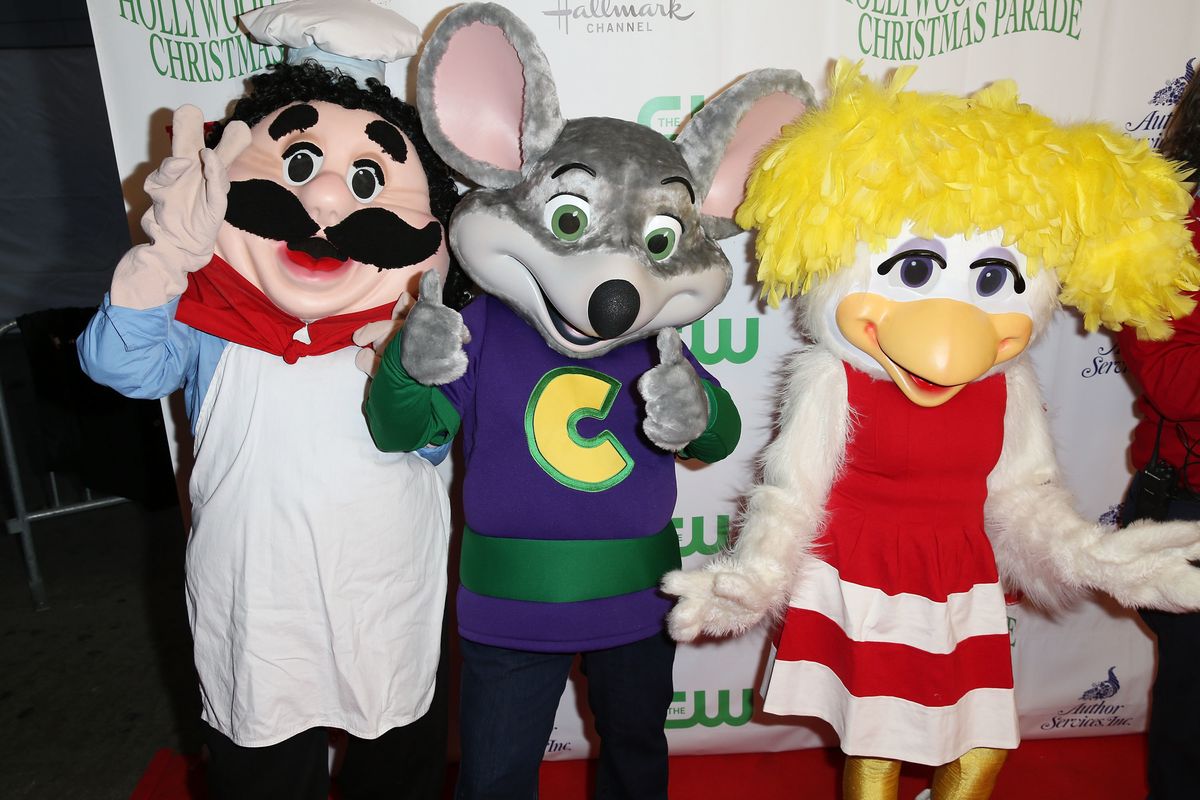 Today in pizza-related drama, the internet has figured out that Chuck E. Cheese has been taking delivery orders under a new name — and the reactions are hilarious.

It all started last month after Philadelphia-based Reddit user u/KendallNeff placed an order with a "local business" named "Pasqually's Pizza & Wings" through Grubhub.

However, after receiving their food, their delivery driver confirmed that he had picked up their meal from what appeared to be a Chuck E. Cheese storefront — something that led to a little investigating. And their big finding? That Pasqually was actually the name of the restaurant's pizza chef character.

Tried to support local business via Grubhub tonight... Pasquallys pizza and wings ended up being an alias for Chuck E Cheese. Well played from r/philadelphia

Needless to say, the revelation started making the internet rounds and was eventually confirmed by a Chuck E. Cheese spokesperson to Food & Wine. According to them, food ordered from Pasqually's is made in the Chuck E. Cheese kitchens, though it's supposed to be a "more flavorful, more premium pizza experience" — i.e. thicker crust and extra sauce.

Genius, right? That said, it didn't take long for the sneaky story to make it to Twitter, where "Chuck E. Cheese" has been trending all day.

"I didn't have 'Chuck E. Cheese is a front organization' on my quarantine bingo," as one person wrote, while another person said, "this is amazing and I love them for it."

"Ever since I learned how Chuck was an orphan who never had a birthday party I have loved that place," they continued, "I hope they sell a ton of pizza and wings."

I didn’t have ‘Chuck E. Cheese is a front organization’ on my quarantine bingo pic.twitter.com/gbgaHEbrqp

this is amazing and I love them for it. Ever since I learned how Chuck was an orphan who never had a birthday party I have loved that place. I hope they sell a ton of pizza and wings.

Meanwhile, others even went so far as to jokingly accuse Chuck E. Cheese of "catfishing" customers.

Chuck E Cheese out here cat fishing it’s own pizza and my mom really asking me why I have trust issues pic.twitter.com/4njEmI5iZ9

sucks that Chuck E Cheese had to catfish themselves so that people would buy their pizza. I loved eating it after a long day of contracting diseases from playing in the ball pit. if you’re going to buy pizza I implore you to forgo Papa Johns & choose Charles Entertainment Cheese.

And while the Chuck E. Cheese spokesperson didn't elaborate further on the company's exact motivations for launching their "premium" Pasqually's product, more than a few people began theorizing that it was because "no one wants to order Chuck E. Cheese pizza for delivery" during the pandemic.

Chuck E Cheese is selling their food as “Pasqually’s Pizza” on food apps because no one wants to order Chuck E. Cheese pizza for delivery and I think this is nominated as the funniest part of this pandemic

Either way, check out what else the internet is saying about the hoodwink, below.

was i really gonna find out from a tweet that chuck e. cheese is getting people to order their food by going under an alias company name on delivery apps such as grubhub? pAsQuAlLy’S pic.twitter.com/0BbKVQR5In

i never thought i'd see the day that Chuck E Cheese and Al Qaeda were fighting for relevancy pic.twitter.com/GwOAduivqa