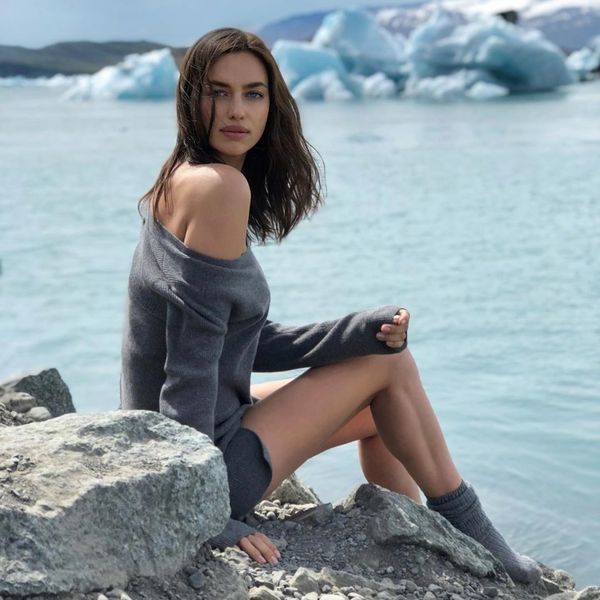 Something important has happened. Christian Carino, Lady Gaga's former talent agent and also fiancé, just liked a photo of Irina Shayk's pert size zero butt. In other words, Christian Carino is trying to tell us something.

And we would be fools not to listen. Carino and Gaga famously broke up just as the A Star Is Born press cycle came to a close and rumors of the singer's infidelity with co-star Bradley Cooper came to a head. Gaga straight up denied said rumors, and Cooper appeared happy enough with girlfriend Irina Shayk, with whom he has a young child. Even after that steamy Oscars duet, most reasonable people (read: not Little Monsters) assumed the fabled on-set affair was just good movie publicity.

Fast forward to June 2019. Cooper and Shayk are very much over, and it definitely seems like A Star Is Born had something to do with their relationship breakdown after all. The Russian model is now in Iceland on a work trip, and posting thirst trappy photographs of herself in nature — which would be a power move, except I doubt Cooper even knows what Instagram is. Now Carino has liked her latest post. What does it all mean?

Carino and Shayk don't follow each other, which means Carino deliberately sought out the pic. There's no way he thought people wouldn't notice, either. The two have met, and indeed shared awards show tables alongside Gaga and Cooper. So is this a show of support, sympathy, or horniness? Let's go with all three. If Bradley and Gaga end up getting together, at least we have the possibility of Shayk and Carino finding happiness, too. This could be a Shania Twain situation, people! Code Shania!

Lady Gaga has not posted to Instagram since Cooper and Shayk's break up, but we'll keep you updated.