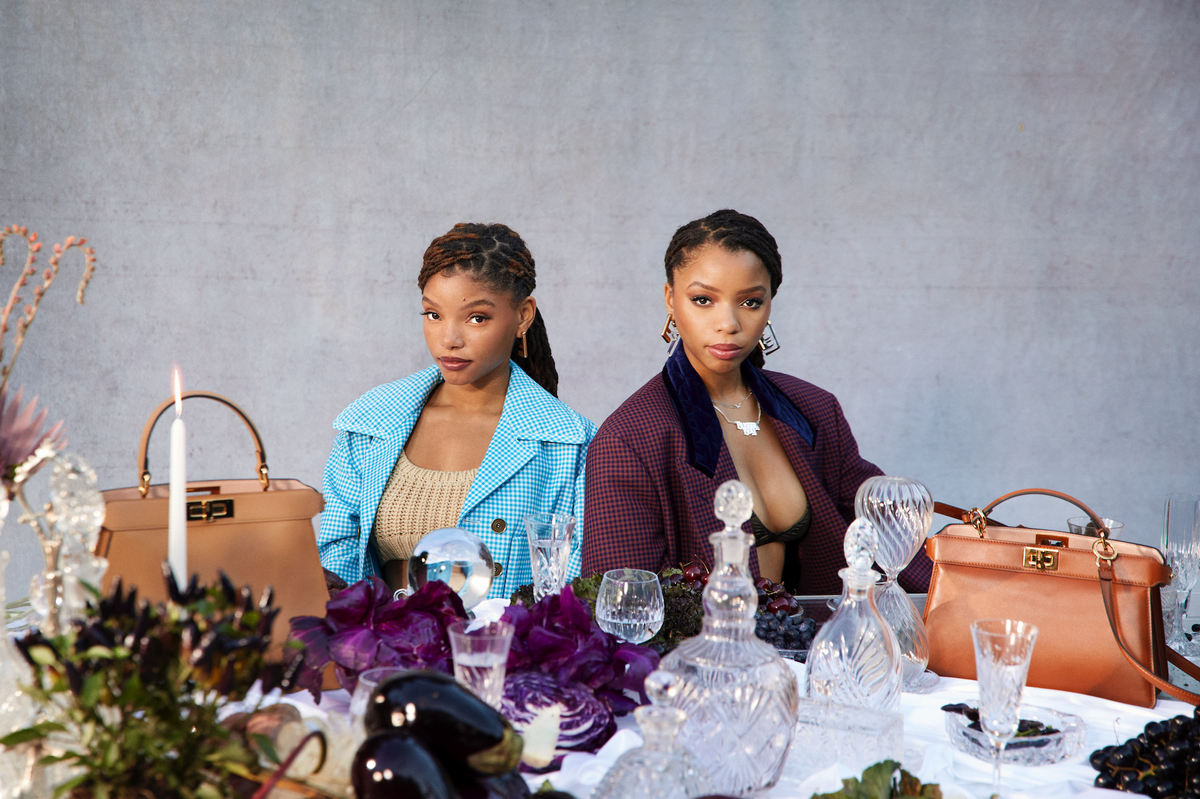 Fendi's 'Peekaboo' is one of the house's most iconic bags. Naturally, it stands to reason that the people carrying them are equally striking. Case in point: Chloe and Halle Bailey, AKA R&B duo Chloe x Halle, who star in the brand's latest video for its global #MeAndMyPeekaboo campaign.

The Los Angeles-set clip, directed by Andrew Makadsi, features the song "Busy Boy" from the Grammy-nominated sisters' acclaimed album Ungodly Hour. In the video, the Baileys stroll through a tennis court, enjoy a lavish outdoor breakfast, light candles and take a dip in the pool to cool off — all while carrying Pre-Fall 2020 Peekaboos, naturally.

The video provides more of a narrative than most ad campaigns, and with good reason. Creative Director Silvia Venturini Fendi gave the sisters full creative control to hire the team for their campaign video. Alongside Makadsi and stylist Zerina Akers (who they share with Beyoncé), their sisterly bond is captured by Derek Milton and Julian Dakdouk.

Fendi tapped the sisters due to their activism with Black Lives Matter and Gen Z perspectives. "We have always been huge fans of Fendi, and working side by side as sisters is truly a blessing," the duo said in a statement.

Chloe and Halle aren't the only stars of the video; Fendi's Pre-Fall 2020 collection is also worn throughout by the musical starlets. Coordinating blazers, puff-sleeve dresses, and swimsuits all share screen time. The clothes are complemented by new Peekaboos, featuring interchangeable and customizable interior pockets.

The Baileys join an impressive lineup of families that have starred in previous #MeAndMyPeekaboo campaigns, including Kim Kardashian West, Kris Jenner and North West, TK Wonder and Ciprianna Quann, and J-Pop stars Ami and Aya.

Following a standout year that's included praised performances at YouTube's Dear Class of 2020 livestream and the BET Awards, as well as Halle's announced role as Ariel in Disney's future remake of The Little Mermaid, the sisters' stars are shining brighter than ever.