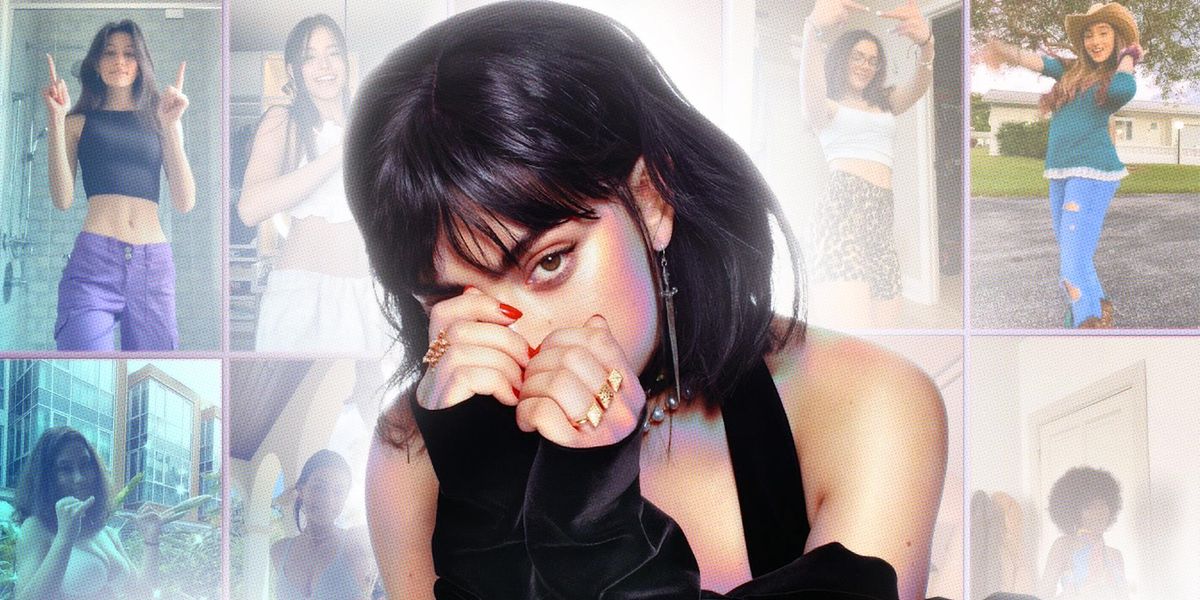 TikTok resurrects songs from the dead. Just ask Kreayshawn, whose breakout 2011 single "Gucci Gucci" received new life on the platform last year in a brief period of nostalgic, pre-pandemic bliss. The latest song to receive a new coat of paint is Charli XCX's "Unlock It" featuring Kim Petras and Jay Park, from her cult hit 2017 mixtape Pop 2. It's intriguing to see one of the artist's niche fan-favorite songs blossom away from her newest music — but it's proof that in this digital world, literally anything is possible.

Back in 2017, it felt like Charli XCX was finally making the music she wanted to make. She'd grown a fanbase with her 2013 debut studio album, True Romance, and its follow-up, Sucker, in 2014. With new mixtapes Number 1 Angel and Pop 2, she was playing to her more experimental side, working alongside the likes of AG Cook and SOPHIE. "Unlock It" was the epitome of that bold new sound, and while it never topped charts, it was immediately embraced by hyperpop stans and in-the-know music critics.

Now, "Unlock It" has soundtracked more than two million videos on TikTok, mainly thanks to an accompanying dance called the "Lock It, Lock It, Unlock It." Just cue up a video and you'll see what I mean: dancers point finger guns at the screen and lip sync that catchy chorus. Another way that people use it is when sharing a controversial opinion or words of wisdom, which is equally as funny. Either way, it spotlights the power of the song.

We spoke with five of Charli's biggest Twitter stans (AKA "angels") about how it feels to see one of her more underappreciated songs finally go viral, and why they think it took this long.

When did you first start seeing "Unlock It" blow up on TikTok?

@Dale_XCX: I remember when the song first started getting a small amount of traction on TikTok with the mashup with Alice DJ's "Better Off Alone" last year. Then the song re-emerged again recently with the "Super Love" mashup that everyone knows of now. It kind of came out of nowhere, and Charli herself was surprised by it. Every day, a big influencer would post themselves dancing to the song so it was really exciting to see. The dance itself is so easy and accessible for anyone to hop on and join in on the trend.

@stickyangel: I noticed that it was gaining popularity around mid-March because of its catchiness. Many popular creators on TikTok were uploading dance videos to it.

@fckyeahcharli: I realized it finally started picking up streams and popularity after seeing Charli XCX herself and other Tiktokers use the sound and getting thousands and thousands of likes.

Why do you think that it has become such a viral song four years after its initial release?

@missXCXsFoot: I would say because it's just catchy as hell, and it's one of my favorites. The entire song is immaculate. I can't really choose one part that's my favorite, the whole song is great. My favorite videos that I've seen using "Unlock It" are Charli's XCX's and Addison Rae's who both dance to it.

@xcxnoise: I noticed about a few weeks ago — we [the angels] did a hashtag called #StreamUnlockIt to promote the song and give her more streams. I also think it comes from people finally seeing the talent that she has as well as her being so happy about it being recognized.

@Fckyeahcharli: I think it's been about a month now since the sound started getting viral. But it wasn't until a few weeks that bigger TikTok accounts started using it. Me and other fans put together a streaming party for "Unlock It" to boost the streams, with the hashtag #StreamUnlockIt, and a lot of angels joined the party and made it trend. Then Charli started using the hashtag too. We DMed her that "Unlock It" was going viral and she saw the message and did a video dancing to it. After that, it started getting more and more streams on Apple Music and Spotify.

How long do you think it's going to remain a TikTok smash?

@xcxnoise: I think that it'll last for the rest of April, at least. I hope it gets bigger and bigger.

@missXCXsFoot: It's going to keep going for a few months, honestly.

@stickyangel: TikTok dance trends tend to die within a few months. Since this trend has been going on for a short while, that means it'll probably be over really soon and people will move onto the next thing. However, many people were introduced to Charli XCX's music from this trend, which will have long term effects on her stream count.

@FckyeahCharli: Hopefully forever. It's almost at three million videos on TikTok, and Charli deserves to have a hit with a song from Pop 2 because she loves that mixtape so much.