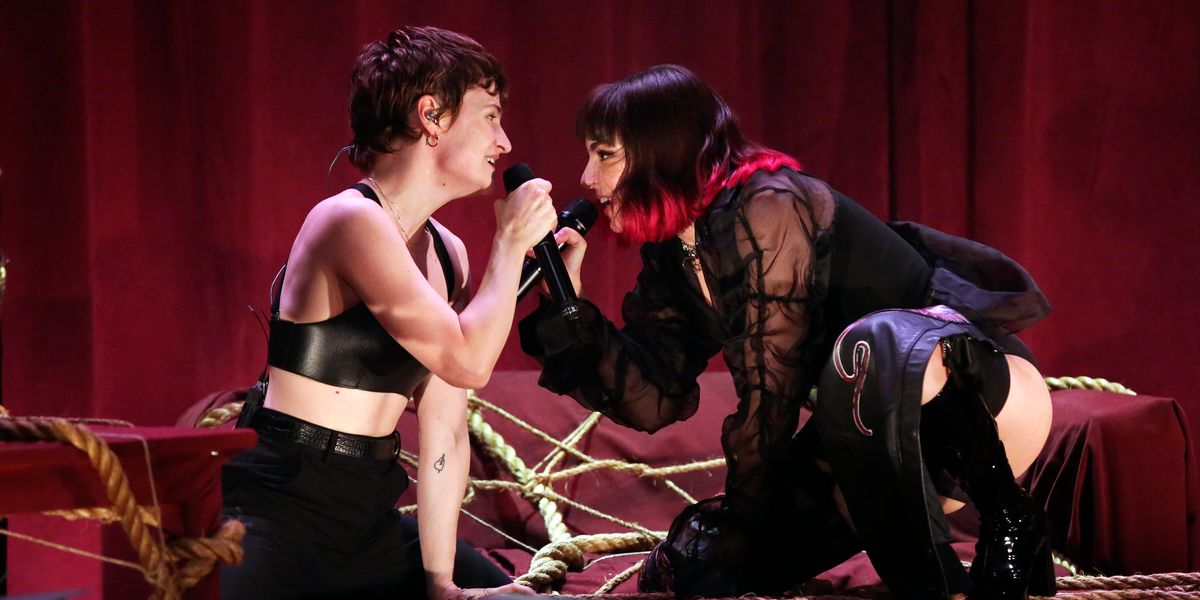 The critically acclaimed pop curator has taken Christine and the Queens along for the ride, having performed their duet single "Gone" on The Tonight Show Starring Jimmy Fallon last night. Just days before, the dynamic duo was in England on The Jonathan Ross Show.

In the song's electrifying music video, Charli and Chris writhe atop a car within a ring of fire, fireworks going off around them. They also grind on each other in the rain. What is hotter? Clearly, it would be tough to recreate these effects for American late night — there was fire during the Ross performance — but that hasn't stopped Charli from replicating the "Gone" video's visible chemistry, with the set all tied up in rope.

Speaking with PAPER, Charli said she felt "immediately comfortable" working with Christine. "Within a day of just texting with her, I was like, 'This person is my friend!' It was really cool and sweet, I felt this immediate kinship with her." When the pop star sent Christine an idea for the song with a beat, she wrote the chorus within minutes. "I sent it to [Christine] and 15 minutes later she sent me back this chorus idea with the melody and lyrics," Charli said. "I was like, 'Fuck! This is so good.' That's how it began, really."

Stream Charli, below, and read our 2018 digital cover story with Charli XCX, here.