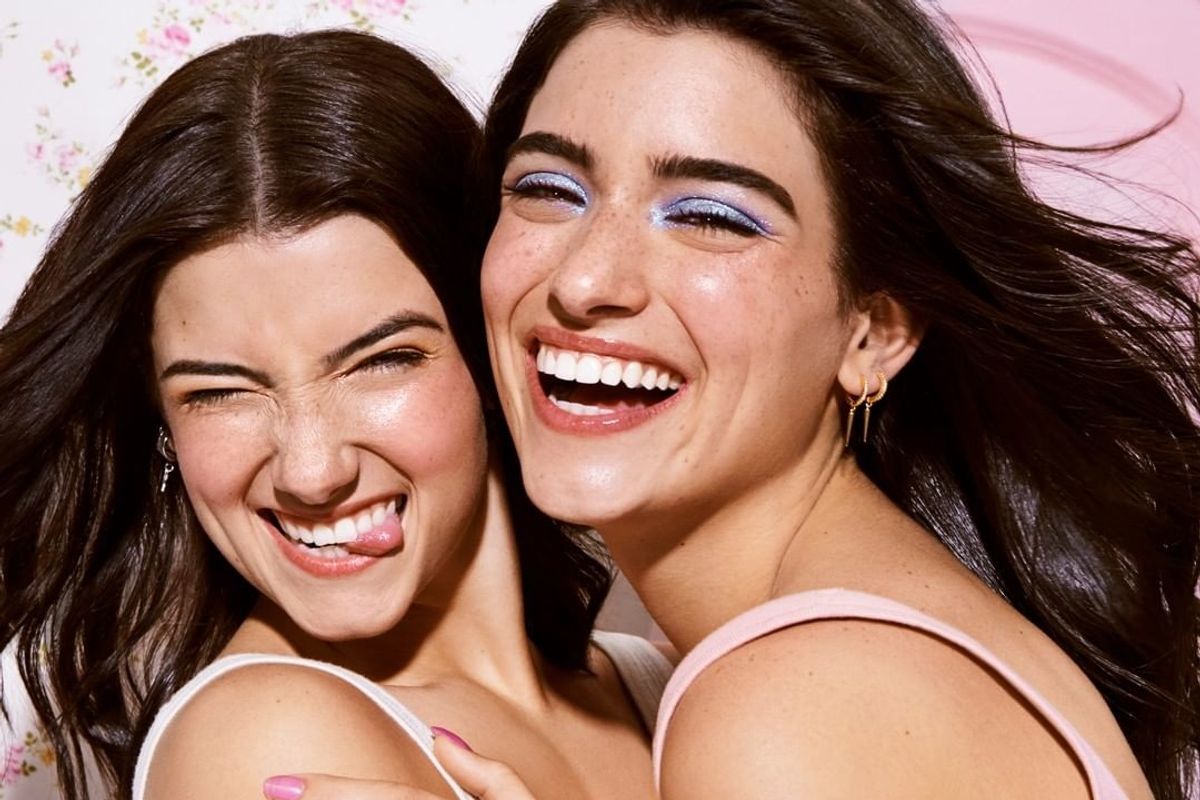 For TikTok stars Charli and Dixie D'Amelio, 2020 has been a year of opportunity. From StarDog and TurboCat, the film in which Charli will make her voice acting debut, to "Be Happy," Dixie's breakout single, there has been no shortage of excitement for the sisters.

Now, the duo has collaborated with influencer makeup megabrand Morphe to debut Morphe 2, a line dedicated to changing the way makeup caters to a younger audience.

Rather than developing a line that capitalizes on the DIY trend of intense and exciting glam looks from makeup influencers like current collaborator James Charles, NikkieTutorials and more, Morphe 2 seems determined to be the go-to line for Gen Z teens and young adults who prefer softer, neutral looks.

"I want people to wear as little or as much as they want and feel confident," Charli said in an interview with Allure.

Charli and Dixie are the ambassadors for the Morphe 2 brand, and it would come as no surprise if their followers began to see them showcasing the easy-to-apply products via social media, where the two boast more than 38 million combined fans on Instagram, more than 5.7 million on Twitter and more than 85 million on TikTok — where it all began.

Much like the sisters' platforms on social media, the brand is about empowerment and acceptance, no matter the level of makeup experience.

"When I wear makeup, I feel like I'm actually getting ready for the day," Dixie told Allure. "It's a form of self-care and makes me feel like I'm doing something positive for myself."

The idea for the collaboration, as Dixie explained in the interview, is that regardless of the product, "there's no one way to do makeup." Perhaps, as a result, there are six versatile product options in the range, which include a set of brushes, a foundation tint that can be applied without a brush or sponge, a blush, lip gloss, an eyeshadow gel and a "face and eye gloss." The line is also affordable, with the most expensive product — the brush set — coming in at $24.

The announcement of Charli and Dixie's collaboration with Morphe comes nearly at the same time as big news for another TikToker (and friend of the pair). Addison Rae, a dancer and member of the Hype House, just announced a Spotify-exclusive podcast with her mom, Sheri Nicole.

Check out the Morphe 2 promo video, below, and prepare for the release of the products on July 30th on the Morphe website.