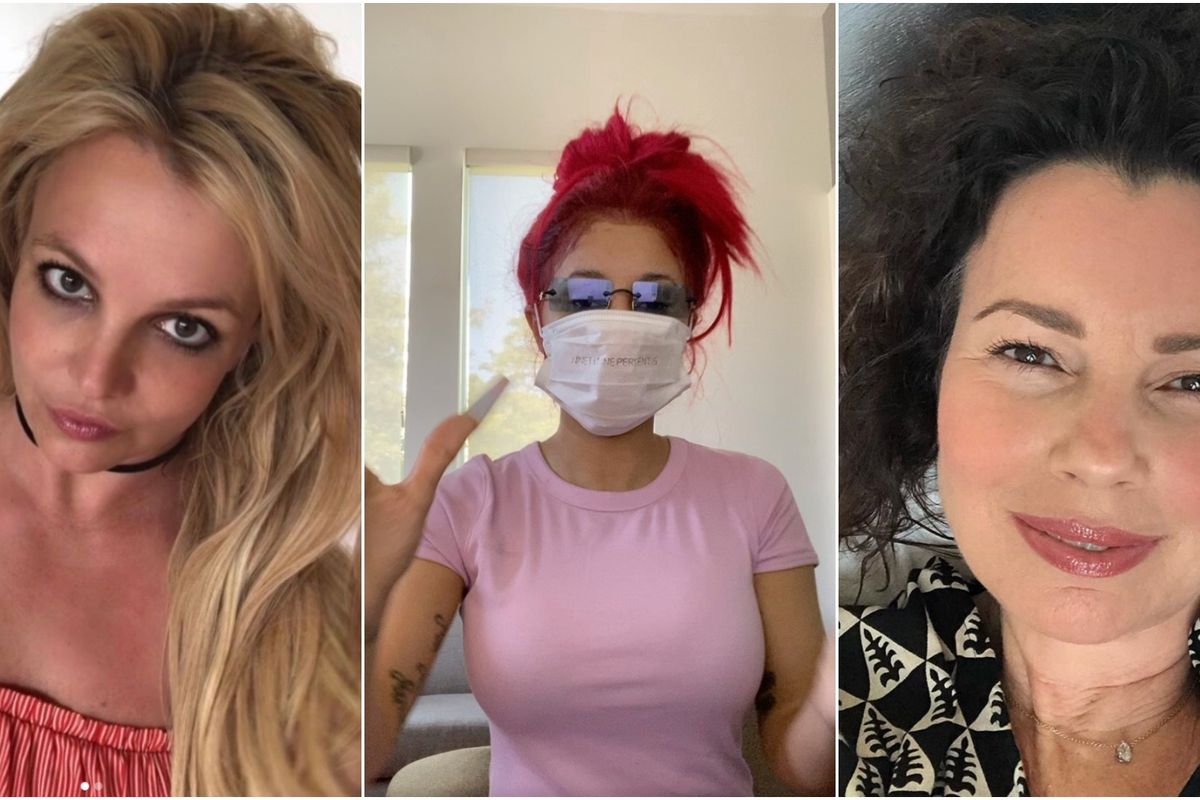 Celebrities Are Pivoting to Marxism in Light of COVID-19

Comrades, we've been missing it all along: the key to triggering an all-out class war isn't electing a member of the Democratic Socialists of America, grassroots political organizing or canvassing. It's getting famous people on board with the cause. The likes of Cardi B, Britney Spears and Fran Drescher are making a clear political pivot in their messaging to fans around the world under the threat of the novel coronavirus outbreak, and it might just be working.

Over the past few days, several musicians, actors and high-profile social media personalities have began speaking out about their frustrations with the current state of affairs concerning the global pandemic. Through various channels like Instagram Live or Stories, the personalities have been sharing their thoughts about the barriers to COVID-19 testing in several nations and the role of money and power in making basic healthcare accessible.

Cardi B on Instagram: “I said what I said”

The core sentiment throughout their videos and notes? That the upper class is facing significantly fewer roadblocks when it comes to virus prevention and screening, as well as financial stability during our predicted economic recession. Basically, eat the rich. Bon appétit.

Cardi B was one of the earliest celebs to take such action online, directly attacking President Trump — who she refers to as "number 45," — and his contradicting statements about the virus over the past week. She also called out the hypocrisy, in light of Trump's direction to asymptomatic Americans to remain untested, of other celebrities gaining quick and easy access to coronavirus testing despite lacking concrete symptoms. Idris Elba went on to give an interview where he labeled critiques about him having access to screening as "test shaming" and called them largely "counterproductive."

It's clear that Cardi's call to action fell on deaf ears in Elba's case, because her points thus far have not been personal in the slightest — they've been political.

While everyone should be getting tested, it's become clear that widespread testing is not an option in the United States, or really anywhere else at the moment. Fran Drescher chimed in yesterday morning as well, this time taking aim at a different consequence of the global pandemic: the economic repercussions of a societal shutdown. "Capitalism has become another word for Ruling Class Elite," she tweeted in agreement with a labor strike should social distancing and isolation measures be revoked prematurely.

I agree. Capitalism has become another word for Ruling Class Elite! When profit is at the expence of all things of… https://t.co/pPh9AnU4vT
— Fran Drescher (@Fran Drescher)1585059534.0

Trump was outspoken yesterday in his goal to get Americans out of the house and into the churches by Easter, which falls on April 12 this year. The arbitrarily-picked date is only a little over two weeks away, and while his reasoning didn't take direct aim at jumpstarting the stock market or the labor force, he mused about "packed churches" instead. Texas Lieutenant Governor Dan Patrick, however, was more honest with his baboonery, instead choosing to be concerned with restarting economic growth at all costs.

"So, my message is that, let's get back to work, let's get back to living, let's be smart about it, and those of us who are 70 plus, we will take care of ourselves but don't sacrifice the country. Don't do that. Don't ruin this great American dream," Patrick said on-air with Tucker Carlson Monday night. You read that right — yes, in the name of capitalism, Patrick is suggesting gammy and pop-pop take one for the team and croak already so his portfolio can stop tanking.

Regardless of his or other Republicans' reasonings for an irresponsible restart of non-essential societal function, experts agree that sending the American workforce back into the trenches before the virus has even apexed is akin to mass murder. Another unlikely ally popped up just in time, putting an end to the dangerous messaging from the government: Britney Spears.

"Communion goes beyond walls," Britney wrote as the caption under a work by artist and writer Mimi Zhu, calling for wealth re-distribution and togetherness in spite of calculated social distancing measures. It was an even firmer stance and pivot towards Marxist ideologies than her previous posting concerning the pandemic, in which she called for fans to reach out to her if they needed help overcoming dire straits.

It may have taken suffering and virus with no cure to make it happen, but celebrities are pivoting towards uplifting the working class more so than the executive branch of the United States government. It really gives "Work Bitch" a whole new nuanced meaning when you think about it.