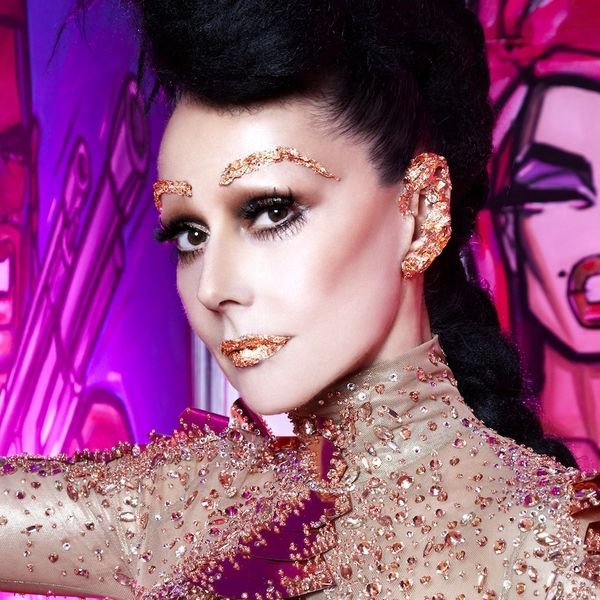 As announced back in February 2019, Susanne Bartsch's iconic Love Ball fundraiser is making a comeback in New York City on June 25, 2019. The first Love Ball, held back in 1989, was an epic ball thrown to raise money for those affected by HIV/AIDS. One of the first events of its kind, the ball ended up raising millions in funds during its first and second incarnations, about two years apart.

Now, for the 30th anniversary of the iconic night, Susanne Bartsch is throwing Love Ball III at Gotham Hall. The event will benefit the CFDA-Vogue Initiative/New York City AIDS Fund of The New York Community Trust. In true ball spirit, there is a legendary master of ceremonies for the evening, Pose's Billy Porter, and an all-star lineup of judges including Teyana Taylor, Janet Mock, and Marc Jacobs.

The categories that performers will walk in have just been announced, and they're gaggy boots. From "Head to Toe," a category for handmade couture, to "Hair Spectacular," a category for hairstylists to show off their craft, the night is stacked full of opportunities to slay the runway. There are six in total, with "Move to the Groove," "Show Stoppers," "Battle of the Legendary Houses," and "Beauty and Face," a make-up category sponsored by MAC, rounding out the list.

Those who nabbed tickets to the sure-to-be talked about evening are in for a treat indeed, with members from several prominent houses taking center stage. Members from the House of Xtravaganza, Mizrahi, Mugler, Balenciaga, Ebony, and LaBeija are slated to be performing throughout the evening. A huge cast of performers will be in attendance in addition to the Houses, with the likes of New York legends Peppermint, Linux, and Aquaria showing the world how to stun on a platform like Love Ball III.

To purchase tickets for the evening, follow this link.