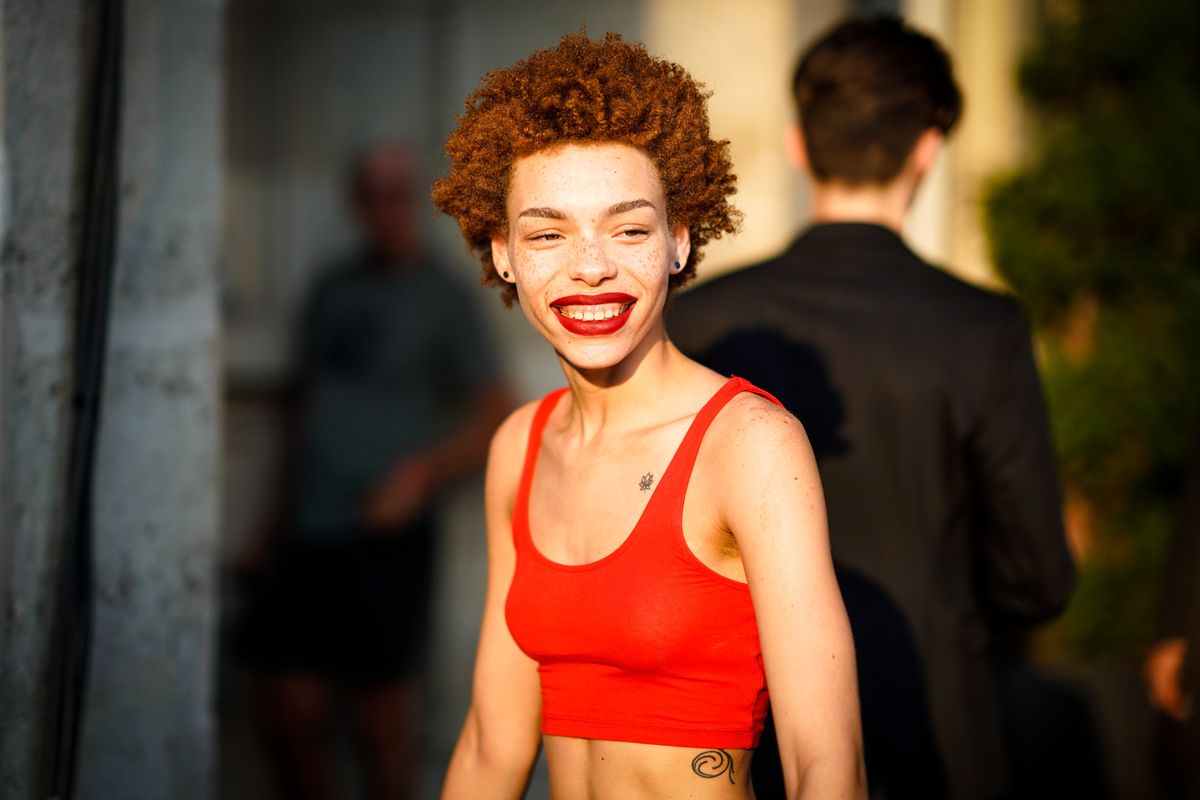 This Model Lied About Being Trans

After being dropped by her agency for transphobic comments, model Carissa Pinkston — who has appeared in Savage x FENTY ads — pretended she was a trans woman herself so as to avoid being called out for her transphobia.

The model wrote in multiple since-deleted Facebook posts from May, under the name Rissa Danielle, that trans women were not women. Social media users who were able to find the receipts and have been witness to Pinkston's transphobia have also said that on Instagram Live videos, she went as far as likening trans women to pedophiles. And on Monday, after being called out and getting fired, she took to Instagram Live, crying and seen to be saying something, but without audio as the video was muted. After the Live, she also posted a “coming out" note, trying to repair the damage by claiming that she was trans herself.

"I wasn't ready to come about it yet but today I got fired and I've been receiving hate mail and death threats ever since so I'm being forced to tell the truth," she wrote. "I'm Transgender. I transitioned at a very young age and I've lived my Life as a female ever since. It's been very hard to keep this secret but what I said about Trans-Women is a direct reflection of my inner securities and I have since come to realize that I am a Woman. WE ALL ARE!"

And while many on the Internet were confused by this supposed coming out, fellow models began to debunk her statement. Aleece Wilson replied to the post saying, "It's terrible and disgusting that you're lying to thousands of people …. That clout shit is said."

Aaron Philip also spoke out, tweeting, "Imagine being a model who got exposed for being a raging transphobe/saying estremely transphobic shit in the past and then resorting to LYING ABOUT BEING TRANSGENDER ONLINE FOR CLOUT IN ATTEMPT TO SAVE YOUR CAREER …? I know this person irl and she is SO CISGENDER??"

imagine being a model who got exposed for being a raging transphobe/saying extremely transphobic shit in the past a… https://t.co/EQBO3VA5dk
— aaron philip (@aaron philip)1563884448.0

This weekend, Pinkston has addressed the issue once and for all with an official apology. "I apologize for any transphobic remark I've ever made towards the Trans community," she wrote in a post. "I panicked and I thought if I came out as Trans that I could somehow make things better for myself but it appears I've only made things worse. I'm truly sorry. I'm only 20 and I'm human. I make mistakes but I refuse to let them define me. I hope you all can forgive me and move on from this because I'm so much more than this incident and I'm not a coward."

She also posted photos of herself and Hunter Schafer on Instagram Stories. "I hate to do this because this doesn't concern her but, me being 'Transphobic' is stupid," she wrote. "I been friends with Hunter way before all these comments and now she won't even talk to me."

All her posts have since been deleted, except for the screenshots going around online​.