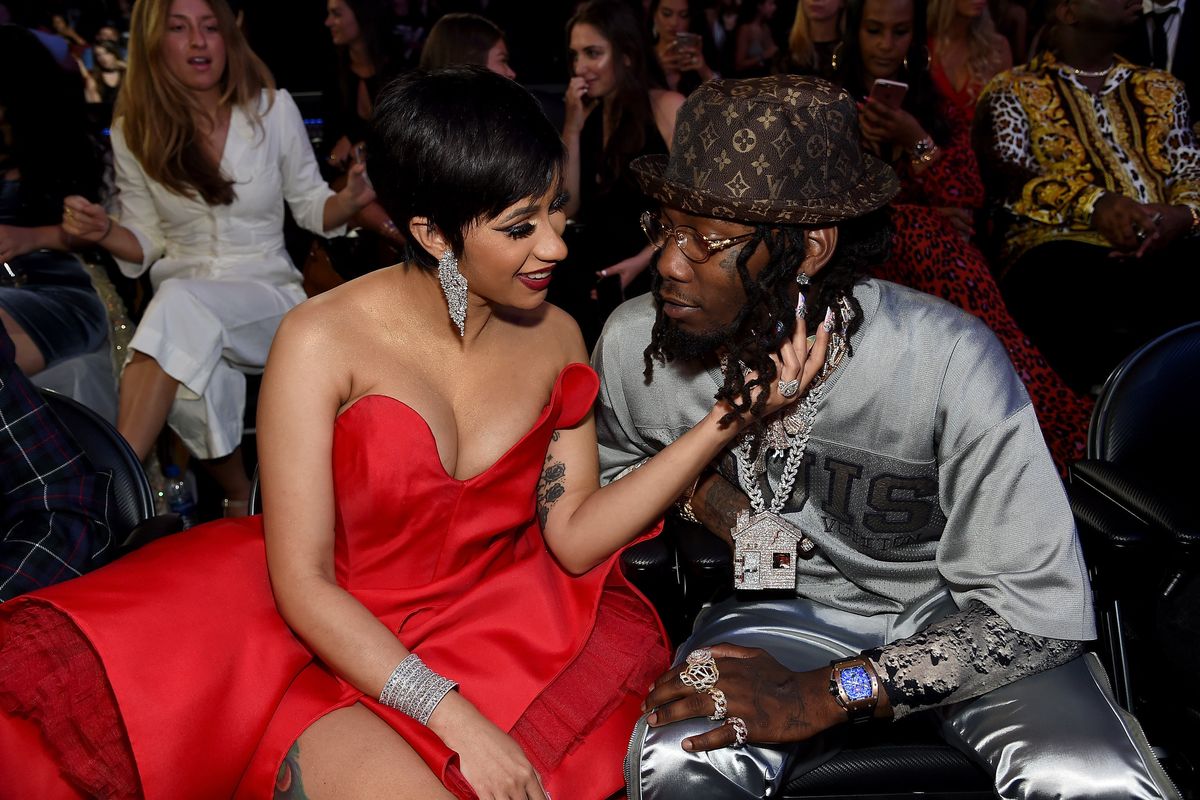 Cardi B Shares First Photo of Secret Wedding to Offset

Last October, Offset asked Cardi B to marry him while onstage. It was a public, extravagant proposal, and the Internet went wild. But there was a twist! Turned out that she and Offset were already married. Earlier this summer, Cardi confirmed that the couple secretly wed on September 20th, 2017, in front of just one witness (a cousin) and the officiant.

Cardi recently shared the first-ever photo of their wedding, in celebration of their first anniversary. It was simple; she wore a tracksuit, Offset donned a hoodie.

Their daughter, Kulture Kiari Cephus, was born on July 10th of this year. Congrats, Cardi and Offset!