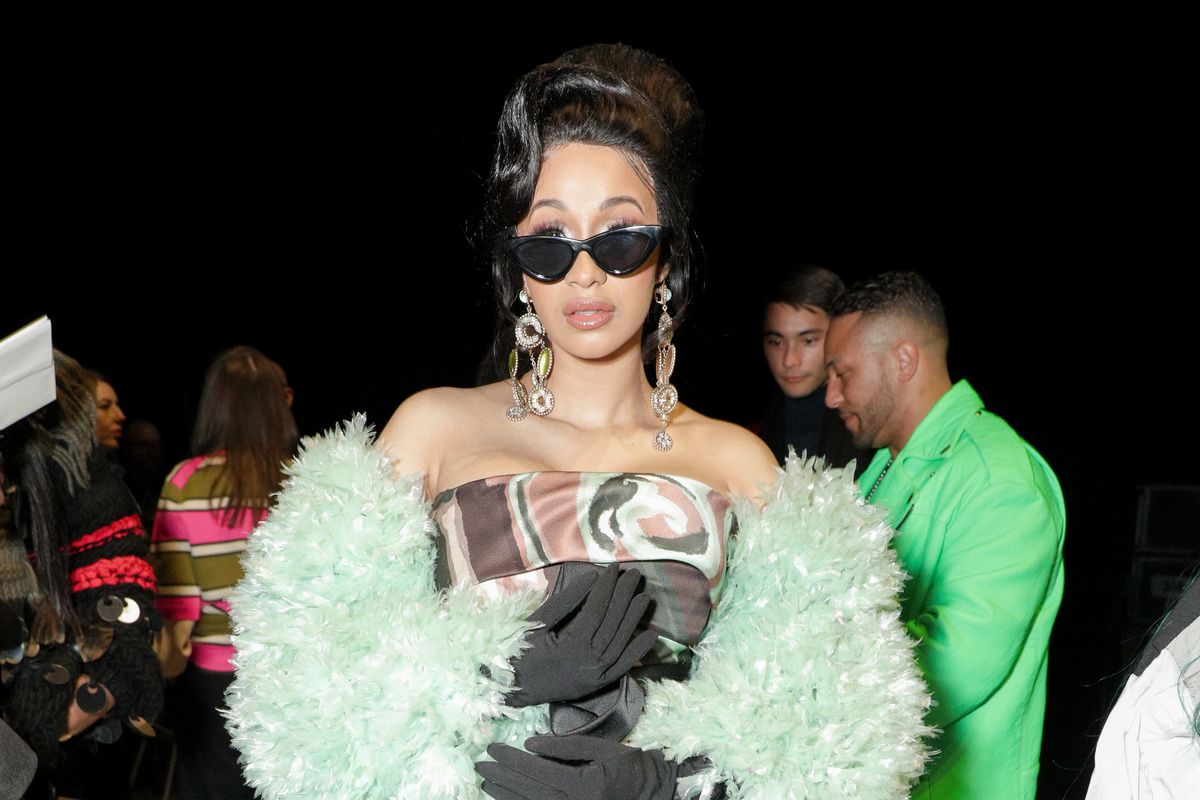 Cardi B Breaks Yet Another Record With 'Invasion of Privacy'

Cardi B made headlines last year when she became the first female rapper with a number one single ("Bodak Yellow") since Lauryn Hill 19 years prior. Since then, it seems there isn't a record she hasn't broken.

To name just a few: At the beginning of the year, she became the third artist ever to have three songs in the top 10, joining the ranks of The Beatles and Ashanti. Just a few weeks later, she became the first woman and third person ever to have five of the top 10 songs on the Hot R&B singles chart. She was the first person to do that with her first five chart entries. Phew!

Now, she's broken yet another record with her excellent new album Invasion of Privacy. In its first week, the album garnered over 100 million streams on Apple Music, a new high that beats out Taylor Swift's Reputation for most streams within the first week by a female artist. By the middle of the week, Cardi B had more than doubled the number of streams Swift got for her November release. The Verge reports that Invasion of Privacy is now the fifth most streamed album on Apple Music, an impressive feat for a debut, and one that is well deserved.

Check out the best lines from the album here.