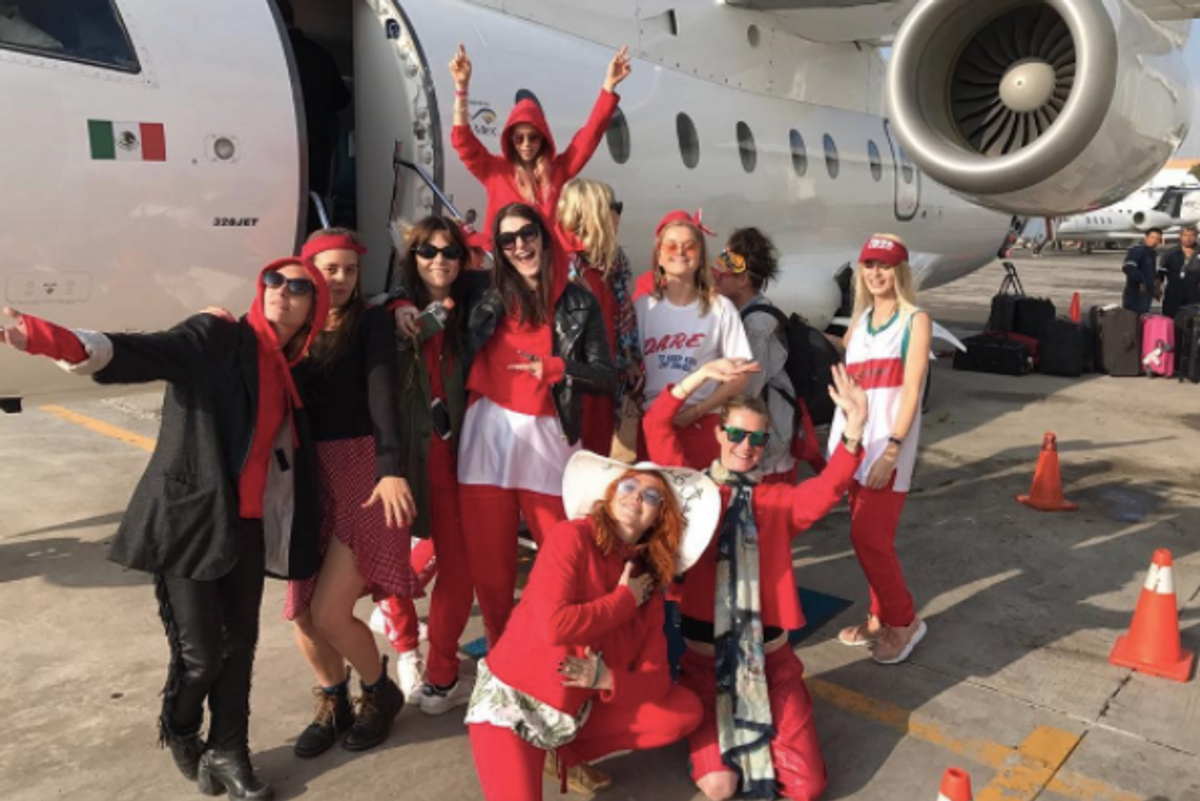 Multi-hyphenate Cara Delevingne's 25th birthday, themed "sexico" for its Mexican location, looks like it was a lot more fun than your average 25th birthday spent getting drunk at a dive bar and contemplating your impending quarter life crisis.

The supermodel took a dozen of her closest pals, including her sister Poppy Delevingne, casting director Tallulah Bernard, Burberry's Niamh Watmore, actress Josephine de La Baume, Georgia May Jagger and Brazilian model Alice Dellal on multi-stop tour of Mexico. The trip was naturally branded #sexico by the birthday girl and her friends.

Delevingne, who recently starred in Valerian alongside Rihanna and released a song complete with visuals to accompany the film, has previously opened up about struggling to maintain her mental health and feeling "completely alone" as a teenager. She wrote a young adult coming-of-age novel, Mirror Mirror (due out in October), to help the hoards of young girls who reach out to her for advice.

If the pictures from this trip are any indication, she seems to be much happier these days.

Check out the #sexico trip below:

I am so lucky to have such incredible friends, thank you for inspiring and supporting me ladies #Sexico 🇲🇽🇲🇽🇲🇽
A post shared by Cara Delevingne (@caradelevingne) on Aug 11, 2017 at 7:03am PDT