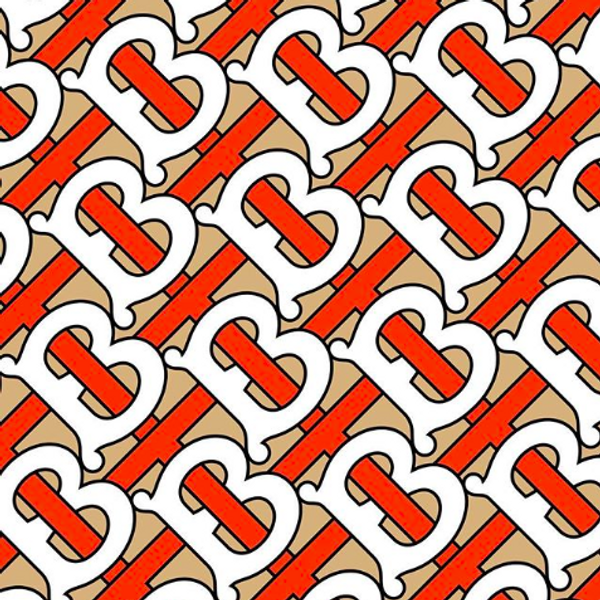 Since his appointment to chief creative officer at Burberry this past March, Riccardo Tisci has been slowly unveiling his plans to revamp the British heritage label. This morning, Burberry shared its new logo and monogram both of which were designed by English art director and designer Peter Seville in collaboration with Tisci.

Reimagined in a modern, bold typeface, Burberry's refreshed logo sheds its iconic equestrian knight and incorporates the company's home country and city, "London England," in all caps. The brand's 1908 Thomas Burberry Monogram — a latticed pattern with capital B's throughout — has been interpreted in red and honey. While a redesigned logo and new monogram may seem like small tweaks, these changes are indicative of the seismic shifts to come under Tisci's reign.