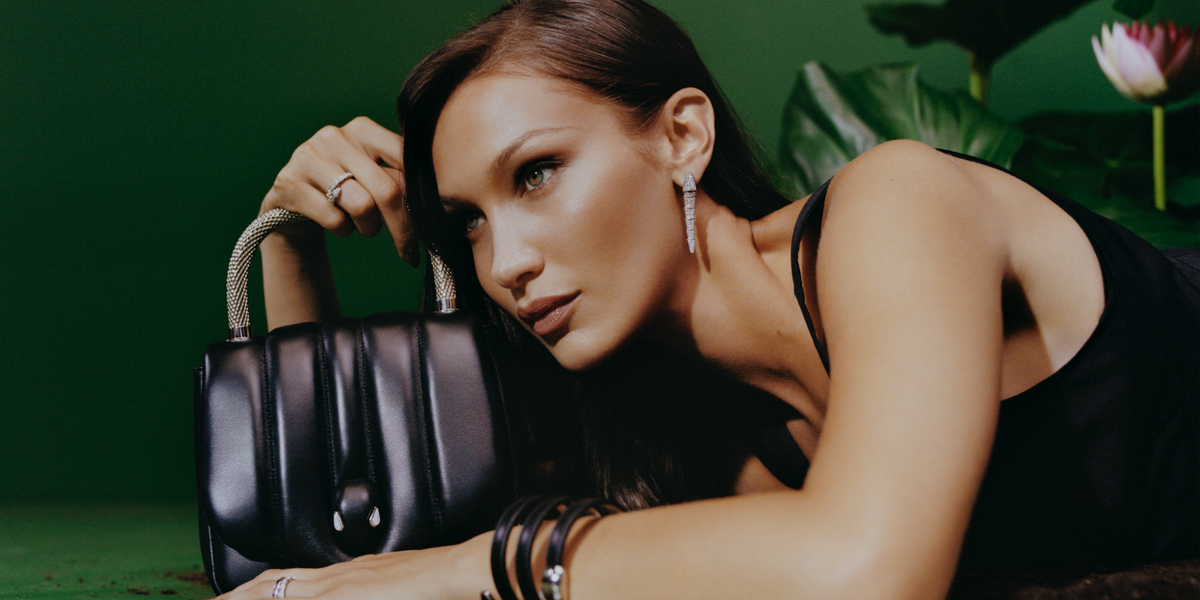 A legendary Roman jeweler and a cult-favorite, Tokyo-based designer unite with the world's most famous snake. The result? Bulgari and Yoon Ahn's "Serpenti Through the Eyes of Ambush" collection, a limited edition range of python-embossed handbags and accessories.

Ahn is, of course, the genius behind Ambush, the experimental jewelry and streetwear line worn by everyone from Lady Gaga to Rihanna. Ahn's rise in the fashion world led to an appointment as jewelry designer for Dior Men in 2019 where she still works alongside her long-time friend Kim Jones. Now, for her latest feat, the designer took on the challenge of interpreting Bulgari's iconic snake motif.

"For this capsule collection, I wanted to express the bold and contemporary character of Serpenti," said Ahn in a statement. "Snakes are wondrous and fascinating creatures of nature but with Bulgari they also became a symbol of glamour in constant evolution. Natural beauty meets human creation, all guided by a contemporary aesthetic."

For the latest chapter in the series, which began in 2017 and has featured collaborators from Alexander Wang to Nicholas Kirkwood, Ahn crafted three new bag styles, each adorned with dazzling snakehead closures and monochromatic Nappa leather. (She was inspired by the Tree Python of Southeast Asia.)

"To collaborate with a young powerful woman like Yoon is for Bulgari an incredibly inspiring experience," said Bulgari's Accessory Unit Managing Director Mireia Lopez Montoya. "The visionary designer has reimagined our icon of glamour Serpenti with her unbridled creative approach achieving an entirely unexpected result. Once more, the Bulgari snake amazes and surprises."