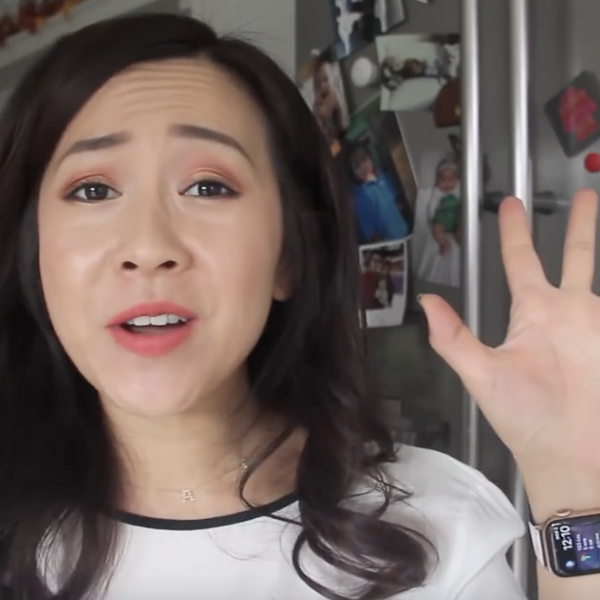 A popular beauty YouTuber and mom influencer is currently under fire for using the death of K-pop star Goo Hara to defend a controversial video of her son that she recently posted online.

As first reported by BuzzFeed News, Lindy Tsang, aka Bubzbeauty, drew criticism earlier this week after she uploaded a vlog in which her 5-year-old son can be seen playing with a bar of penis-shaped soap — something critics thought was inappropriate.

In response, Tsang took to her Instagram with a series of now-deleted posts.

"To those who are butthurt about this being inappropriate, don't worry and chill!" she wrote. "The guy has never seen an erect penis in his entire life. To him, it's a cannon."

And while Tsang told the publication that she wasn't "upset about the soap incident," she did think that her critics were blowing the situation out of proportion. As such, she reportedly continued to defend herself on her Instagram story, in which she appears to equate the criticism she received with Goo's recent death.

While Tsang was trying to make a point about cyberbullying and celebrities not being immune to criticism, she began writing about Goo on top of a screenshot of what appears to be her response to a critic's DM.

"I want to share this one because it hits home," Tsang wrote, per screenshots obtained by BuzzFeed News. "Recently I heard in the [sic] passing of yet another [Korean] Idol Goo Hara and was so saddened by the news. Now I look at idols who are popular today and wonder which one is next to suicide [sic]."

Bubzbeauty (a beauty guru) posted a pic of her child playing with a soap shaped like a penis. When she was criticized for it, she posted this about Goo Hara in order to gain sympathy. pic.twitter.com/gMz4G3ujM4

That said, Tsang's comparison between the two situations ended up incurring even more backlash, especially as Goo's death appears to be linked to her abusive ex-boyfriend allegedly blackmailing her with their sex videos.

As some argued, the "confusing" correlation is "distasteful," "inconsiderate," and "low," especially since they alleged Tsang "didn't say a single word about it on the day [Goo] died."

"I'm so tired of influencers using suicide to suite [sic] their needs. You want to talk about bullying fine. You want to bring up how inappropriate people are to influencers? Good. Make a video about it. Show the rude message you get. Remind people are influencers are just that," one user discussing the controversy on Reddit wrote. "Don't use someone's suicide as for why people shouldn't question you having dick soap around your son."

That said, Tsang told BuzzFeed News that she wasn't trying to "use such a sad incident" for her own gain.

"After the passing of two recent K-pop idols that I grew up loving and respecting, it's hitting me that cyberbullying is detrimentaI. I would never use such a sad incident to 'manage' or justify my criticism. I was and still [am] genuinely sad for Goo Hara and Sulli," she said, also mentioning the recent death of Goo's best friend and fellow K-pop star, Sulli.

"Things could've been different for them if they received more encouragement and love," Tsang added.