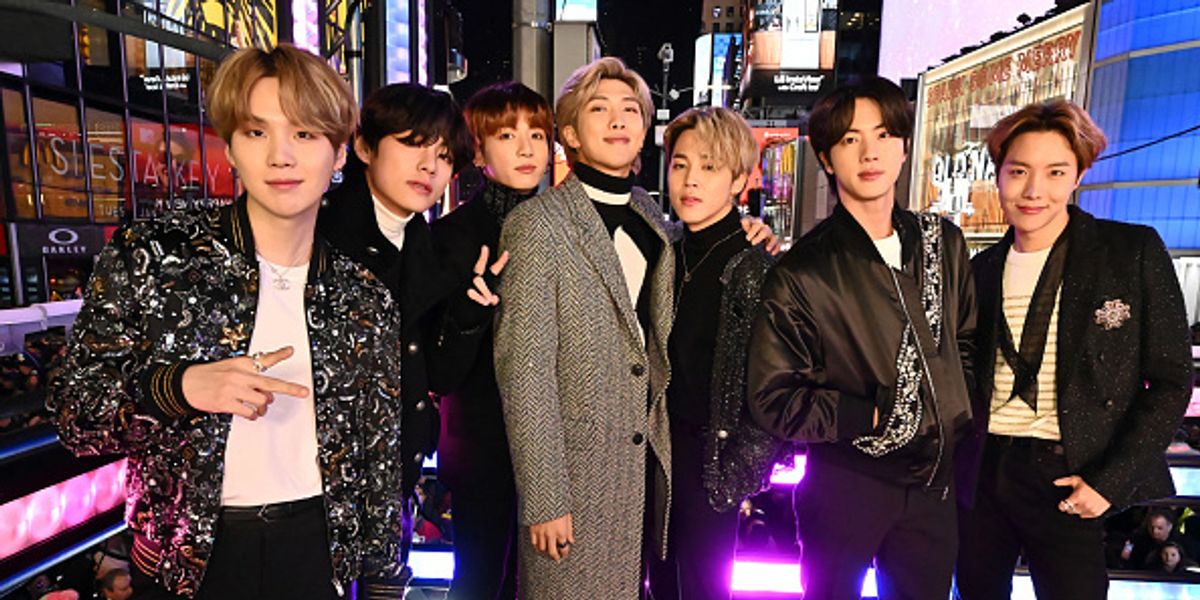 2020 has taken so much from us, but the MTV Video Music Awards will endure even as the rest of society crumbles. This year's ceremony is going down at Brooklyn's Barclays Center at the end of this month, minus the physical audience but with the usual stacked lineup of musical performers.

The stars of the show, in our eyes, will be BTS. The boys are taking the VMAs stage for the first time ever, after a noticeable absence from last year's event. As well as performing, the group are nominated in the Best Pop, Best K-pop and Best Choreography categories. ARMYs, assemble.

Other headliners include Doja Cat, deservedly up for three awards, as well as J. Balvin, who stole last year's show when he performed with Bad Bunny. He's vying for Best Latin artist.

There are still plenty more performers to be announced, so fingers crossed for Lady Gaga and Ariana Grande, who each scored nine nominations. Hopefully we see both of them on that socially distanced red carpet. God, this year is... strange.

It's not too long a wait until the show. The 2019 MTV VMAs will take place at 8PM ET on Sunday, August 30, airing live on the iconic cable channel. As well as Barclays, some performances will be staged at "various iconic locations" across the five boroughs of New York City.

View a list of all the nominees (and vote for your faves) (AKA BTS) here.