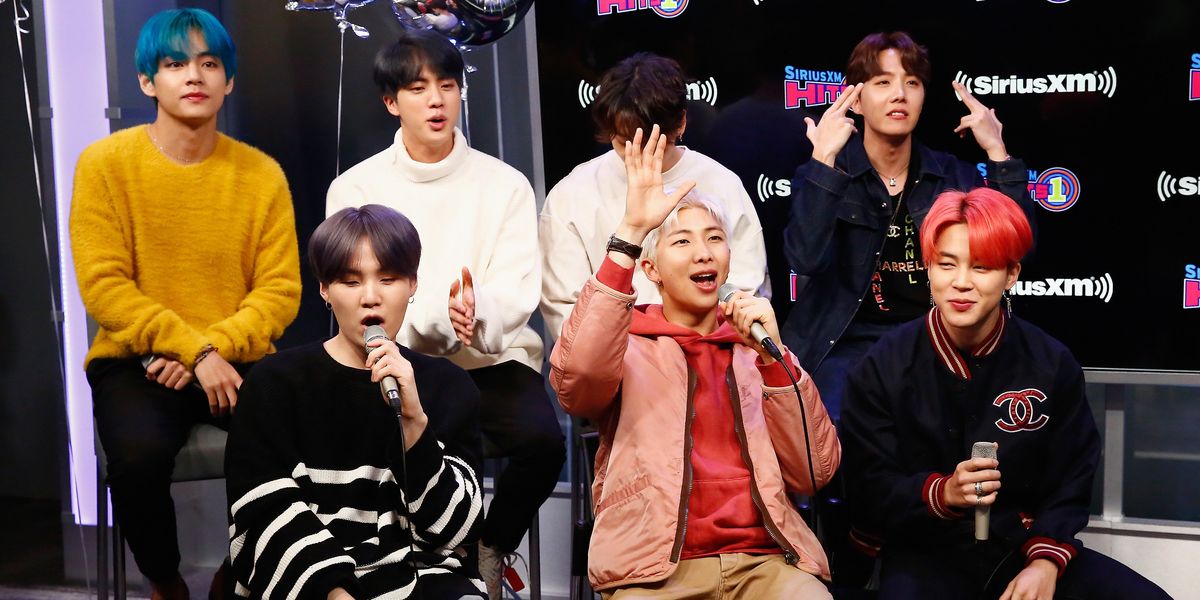 Fresh off "Boy With Luv," their Valentine's Day-worthy collab with Halsey, and "Make It Right," co-written with Ed Sheeran, BTS have their sights several American collaborations that we can all agree, must happen, whatever it takes.

In an interview for Beats 1 on Apple Music, BTS were asked about their dream collaborators, Suga answered Drake, Jungkook suggested Billie Eilish, and Jimin shouted out Troye Sivan, according to Billboard. Great answers! Everyone gets an A.

Let's break these down: Billie x BTS would be a freaky mess (immaculate maximalist dance-pop mixed with lo-fi emo synths and screeches) and the stans would rave. BTS and Troye Sivan would make a beautiful, lovelorn ballad. BTS and Drake, would be... a BTS song with a Drake verse. All of which, we'd like very much to hear. So, if anyone sees Billie, Troye or Drake around, please relay along the message!

Related | Troye Sivan's Queer Epic Bloom Is For Everyone

While they BTS are waiting for Billie Troye and Drake to get back to them, they really need to take Dolly Parton up on her offer for a collab. The band also explained to Beats 1 that they ended up working with Halsey on "Boy With Luv" after meeting her at the Billboard Music Awards two years ago.

The band also explained to Beats 1 that they ended up working with Halsey on "Boy With Luv" after meeting her at the Billboard Music Awards two years ago.

"She told us that she became a fan after she watched music videos." RM explained. "We knew Halsey from 'Closer' [with The Chainsmokers], biggest song of that year. So we met backstage and she came to Korea last year, and we met again. We talked about, like, 'We should collaborate. We should work on something.' We got this track for this album and thought that Halsey would be the best voice for this track. It happened. Boom. Here we are."

BTS will perform at the Billboard Music Awards again this year, this time with Halsey alongside them. The Jonas Brothers, Madonna, Maluma, Lauren Daigle, Khalid, Panic! At The Disco, Sam Smith and Normani are also performing, so hopefully, BTS will make some friends backstage again this year.