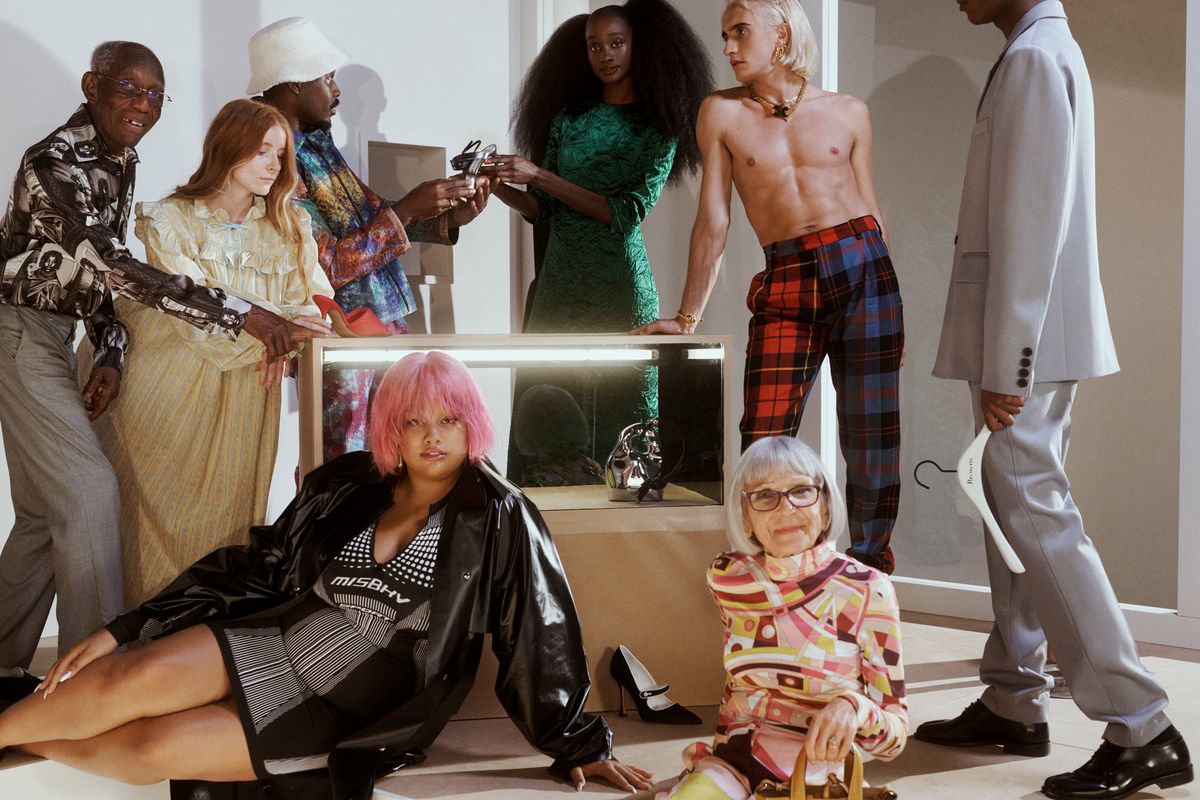 New York has Bergdorf Goodman and Saks Fifth Avenue. Paris shoppers flock to Galeries Lafayette and Le Bon Marché. London? The city is a haven for some of the world's most iconic luxury department stores, among them, fashion-favorite institution Browns, which officially turned 50 this year.

From its founder Joan Burstein (or Mrs. B, as she's commonly known) scooping up John Galliano's graduate collection to Manolo Blahnik starting his career on the shop floor of its South Molton Street store, Browns has cultivated some of London's most recognizable designers before they made it big. Other highlights include introducing Calvin Klein to the British market for the first time and opening Commes des Garcons' first dedicated boutique in the UK.

What is fashion to you? To celebrate our 50th anniversary, we invited some of our favourite Browns faces to answer this question and more, joining us in our imaginary fitting room to discuss their very own “Height Of Fashion” moments (and some mishaps!). So, what does fashion mean to you? Let us know in the comments... Discover more at #linkinbio #browns50 #brownsfashion - Featuring: @tomglitter @isabellaburley @connerives @jasonsclosetofficial @siennawho @jessmaybury Skye Edwards of @morcheebaband @suzymenkes @daviduzquiza @adriangonzalezcohen Creative Direction: @buffalozine Studio DOP: @arthur_loveday

The retailer, which was bought buy Farfetch in 2015, is celebrating the milestone by tapping a community of creatives with ties to the UK to star in its new campaign titled Browns 50: The Height of Fashion, which takes inspiration from a '70s Browns advertising campaign. Those included in the cast are London-based rapper Shygirl, fashion designer Simone Rocha and journalist Suzy Menkes.

"Through this celebration we wanted to highlight some of these stories that encapsulate the true spirit of Browns and the community that surrounds the brand, as well as the designers who have shaped us," said Browns CEO Holli Rogers in a statement. "We are a fashion institution and we have made it our mission to continue to uphold this legacy, perfectly blending the best of the established luxury brands and the next generation of talent whilst also seamlessly combining the online and offline experience."

Additionally, the retailer teamed up with a variety of designers to create exclusive capsules tied to the anniversary. Among those reworking archive looks or creating new sustainable pieces are Amina Muaddi, Aqauzzura, Bode, Casablanca, Charles Jeffrey, Molly Goddard and Pucci. Next up, Browns is moving its flagship down the road to Brook Street, which will open sometime in the next few months.

See, below, for the rest of Browns' 50-year anniversary campaign and click here to learn more about Browns 50: The Height of Fashion .