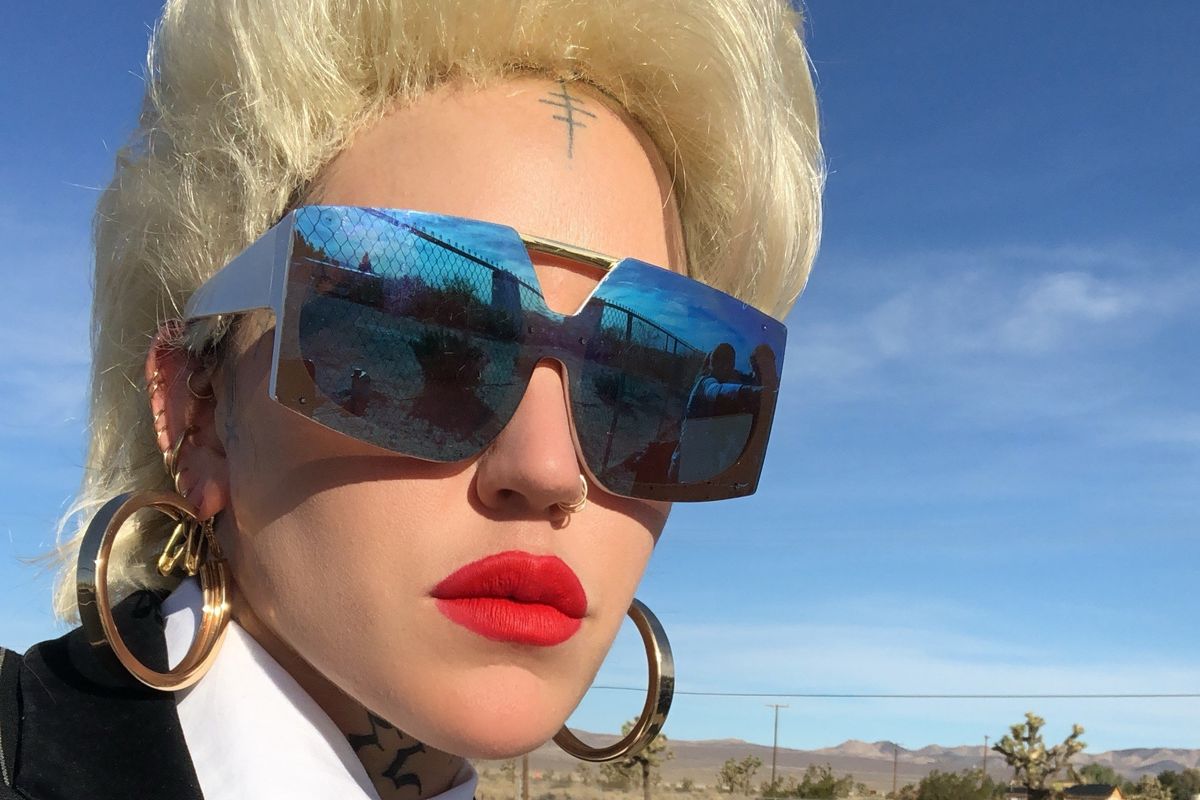 Brooke Candy Does Donuts in the Desert in 'Oomph'

If the title didn't give it away already, "Oomph" packs a hell of a punch. A clanging melody that winds up to a massive swirling drop, "Oomph" immediately throws the listener off kilter leaving them dizzy and dazed before bringing Candy in for some spine-cracking bars. The song only seems to get more badass as Candy and her lookalike friend get down with their bad selves in the middle of the desert, joyriding in a drop-top convertible. What looks to be a genuinely fun romp in the ever-spinning world that revolves around Candy, "Oomph" is bound to leave you breathless and left in the dust if you're not careful.

PAPER caught up with Brooke Candy to get the low down on her new video for "Oomph," and more.

What was the inspiration behind "Oomph"?

I met my amazing friend Peli and I was super inspired by her. I took this photo of her the first day I met her — felt an instant connection and immediately envisioned us as a duo. I wanna spend time in this other reality where we are identical and don't answer to anyone.

The video sort of reminds of like Pulp Fiction, Thelma & Louise, and The Hangover rolled into one if that makes sense? I was curious what sort of narrative or vibe you were going after?

Damn, great references. Totally those in a blender with a bunch of dystopian vibes and puppies. It's the bizarre bliss of answering to no one and just having someone like you constantly with you. It's up for interpretation, but I hope people feel good watching and listening.

What is your go-to road trip song?

What is your go-to in Vegas? Casinos? Clubs?

HUSTLER for sure, HUSTLER everything. Larry Flynt is the Sultan of Vegas.

How did you link up with Ojivolta?

My friends who I collab with work with them and I was a fan of them and they were into my shit too so it was really organic. Their tracks sounded as fresh and fucked up as my brain, so I was really happy to make art with them and they're the nicest people alive on top of that. They have so much cool shit coming out.

This year was pretty big for you, what does 2019 have in store?

More more more. More collabs, sonically and visually. You'll see, I'm gonna be more consistent with drops, but I feel like I'm just starting to crack the surface on how honest I can be with my art.