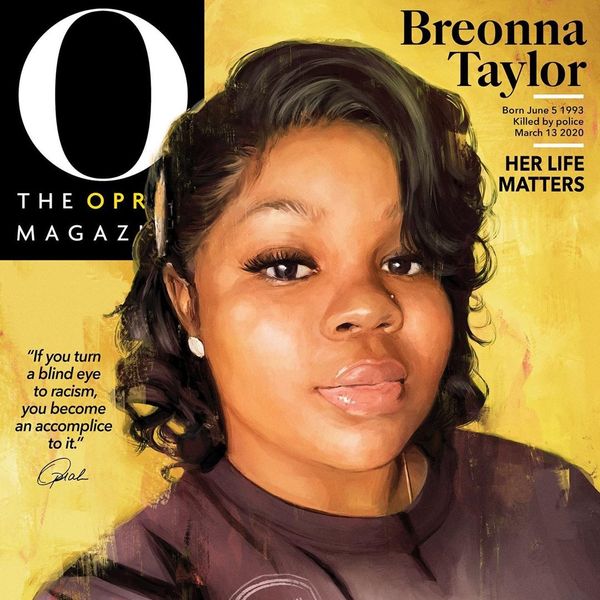 Oprah Is Putting Up 26 Billboards of Breonna Taylor

O, The Oprah Magazine made history by having Breonna Taylor as the cover of their September 2020 issue. It's the first time in its 20-years that Oprah Winfrey herself didn't grace the front page. And now, the publication is putting up billboards of their cover star.

O is drawing attention to Breonna's story by placing a total of 26 billboards with the magazine's cover art all over Louisville, Kentucky — including downtown, Interstate 65, the East End commuter route, and western Louisville. Each sign represents a year of Breonna's life, and each also has a different call to action like, "Demand that the police involved in killing Breonna Taylor be arrested and charged."

All of the signs also direct people to visit Until Freedom's website, where they can help the national organization demand justice for Breonna.

"We have to use whatever megaphone we have to cry for justice," Oprah said in the magazine's announcement of this billboard project. "And that is why Breonna Taylor is on the cover of O magazine. I cry for justice in her name. The September issue honors her and every other Black woman whose life has been taken too soon."