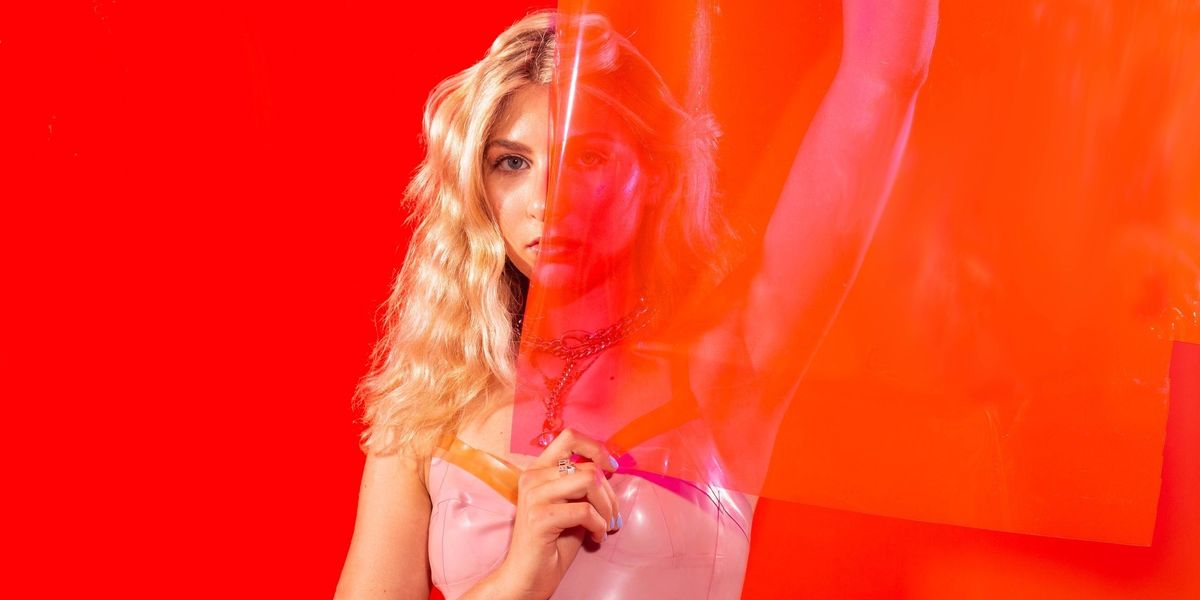 Blu DeTiger's 'Tangerine' Is Funk for the 22nd Century

You'll never want a fresh and juicy tangerine as much as you will after listening to Blu DeTiger's newest groove, named after the fruit. "Tangerine" puts bass front-and-center, and takes DeTiger to brand new heights. Her voice grips at the edges of her guitar, a constant partner in crime with the swagger of the instruments humming just below her. While firmly in control, she's at the mercy of the beats and chords she keeps by her side at all times.

"Tangerine" isn't DeTiger's first contact high with disco-laden rhythms; she's a member of the band Kitten, and her musicality is a unique brand of post-funk, pre-futuristic pop, primed more for a Manhattan loft party than it is for a Bushwick basement. Her previous single, "Mad Love," was certainly less sultry and innuendo-lined compared to "Tangerine," but just as retro. Although she's still an undergraduate at New York University's Clive Davis Institute, and has long missed the days of Studio 54 and the Paradise Garage, her unique '80s sensibility fuses with a Gen-Z state of mind to create an artist persona that's beyond cool.

Despite finding its footing in late 20th century music tropes, "Tangerine" is disco futurism at its best — DeTiger could easily find her tracks in a peer group with Mark Ronson's nightclub-ready Late Night Feelings. Her place in the pop canon, while easily cool and underground, is a new niche that's being carved out for the youngest of the genre-benders. The world in which "Tangerine" lives is glitchy, sweaty, and best of all, funky: let your hips take over and sway along like your favorite discotheque will never close.