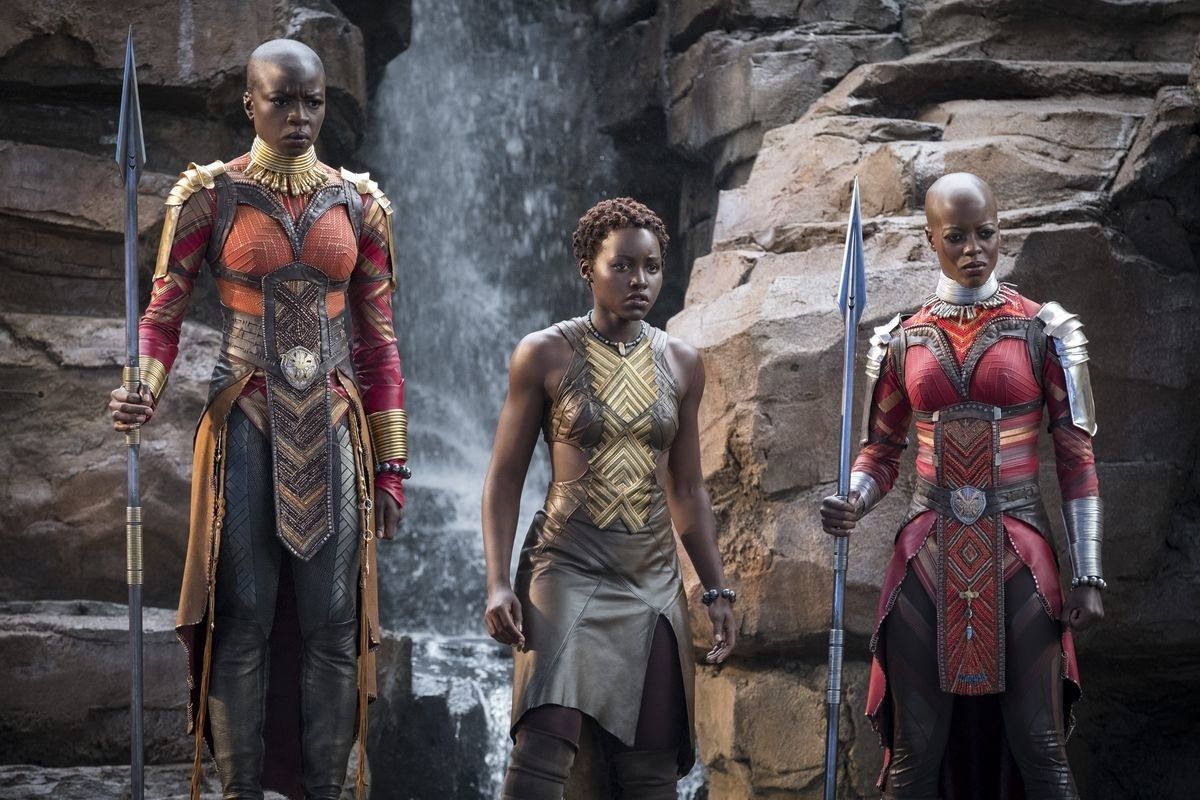 In addition to being a great film, Black Panther has been making movie history since it first debuted in mid-February, and now it's reached its biggest milestone of all. Ryan Coogler's film about Wakanda and the fight for good vs. evil has officially become the top-grossing superhero film of all time in North America, The Hollywood Reporter says. As on Sunday, March 25, the film had grossed $630.9 million in North American ticket sales.

Black Panther's sales aren't too shabby abroad, either. Globally, the film has grossed $1.237 billion in sales, beating out 2013's Iron Man 3, which brought in $1.214 billion. These numbers make Black Panther the number three superhero film of all time at the box office worldwide. They also put to rest any doubts that films centering black characters and narratives can't draw in big figures (though who really believed that anyway?)