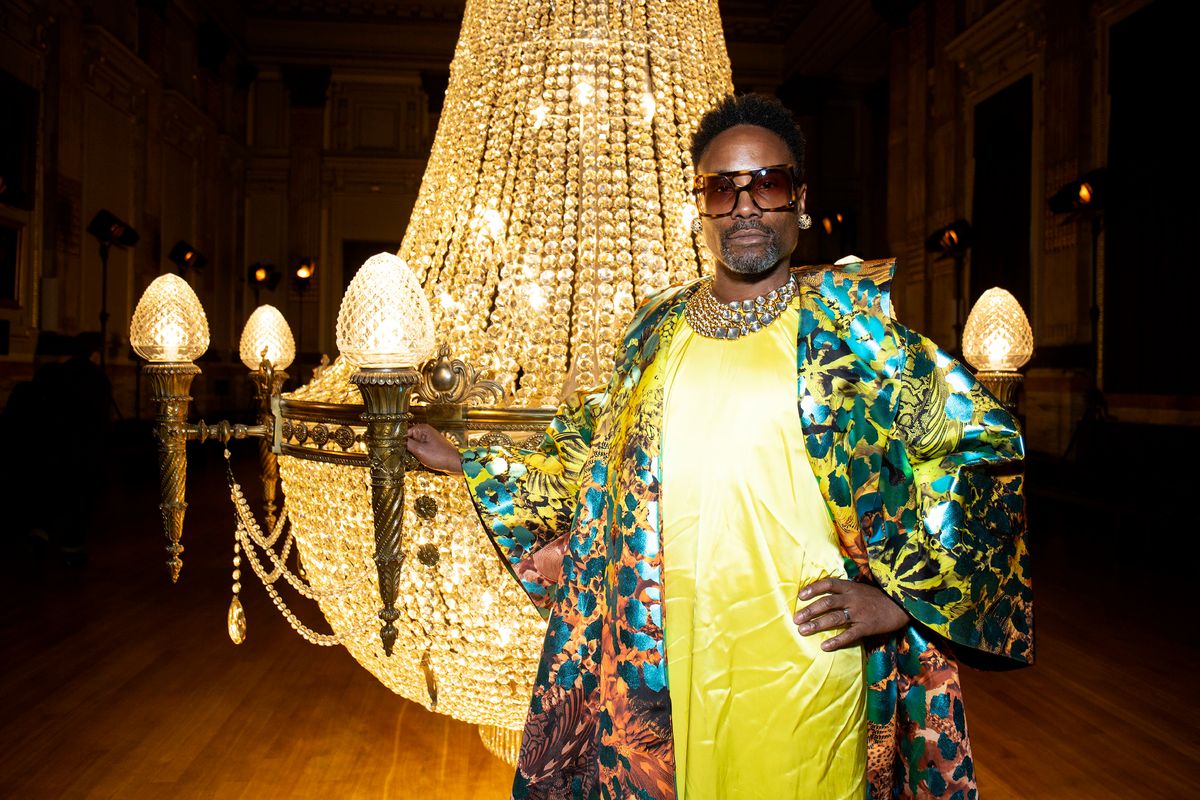 Now that New York Fashion Week is over, it's time to look over to London for another week of show-stopping designer looks, fashion trends for next season, and celebrities looking glamorous. At London Fashion Week, Pose star Billy Porter did not hold back, and put all of his best outfits forward, taking every show as an opportunity to wear a different look.

On the second day of LFW, Porter had four outfit changes — each one more impressive and dramatic than the next. According to E! News, the actor attended several shows with his husband Adam Smith. This includes Fashion For Relief, Stephen Jones Millinery's presentation, Halpern, and Sharon Wauchob.

On the third day of LFW, he was front row at Roland Mouret, Victoria Beckham, and David Koma. He also spoke with Lindsay Peoples Wagner at a talk on Diversity & Inclusivity in the fashion & entertainment industries. And, yet again, for each event he put on a different fabulous frock.

The week isn't over, and we're sure the LGBTQ+ icon still has many more looks to serve. For now, see all his London Fashion Week looks below.