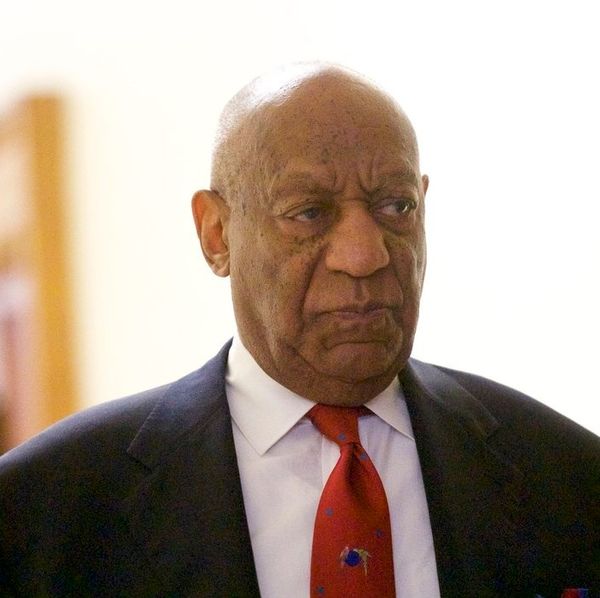 As reported yesterday, in a sexual assault retrial, comedian and actor Bill Cosby was found guilty of all three charges of aggravated indecent assault of Andrea Constand in 2004. The sentencing date has yet to be announced, but Cosby reportedly faces up to 10 years in jail and a $25,000 fine for each count he's been convicted of.

Many voices online and off commemorate this verdict as a major win for the #MeToo movement, and a form of justice served for both survivors of sexual assault who have come forward (and those who have yet to come forward). But others have acknowledged the pain Cosby's crimes have caused his victims as well as his longstanding fans.

Additionally, in apparent solidarity with the verdict, Bounce TV is one of the networks to announce it is pulling reruns of The Cosby Show, which once made its star an American household name. Below, a selection of reactions from Twitter — from prominent #MeToo and #TimesUp activists, journalists, and celebrities.

Cosby is guilty. I’m sorry if you loved a lie. His victims can now exhale. Thank you judge and jury. Thank you society for waking up.
— rose mcgowan (@rose mcgowan)1524768286.0

In our culture women are speaking out more & more, but the Cosby trial reminds us that male advocacy is still vital… https://t.co/k7yOjM1LlN
— Ana Gasteyer (@Ana Gasteyer)1524767458.0

In a fitting end to Sexual Assault Awareness month, Bill Cosby was found guilty today. Thinking of all the women he… https://t.co/zNzafAeXjQ
— Padma Lakshmi (@Padma Lakshmi)1524767050.0