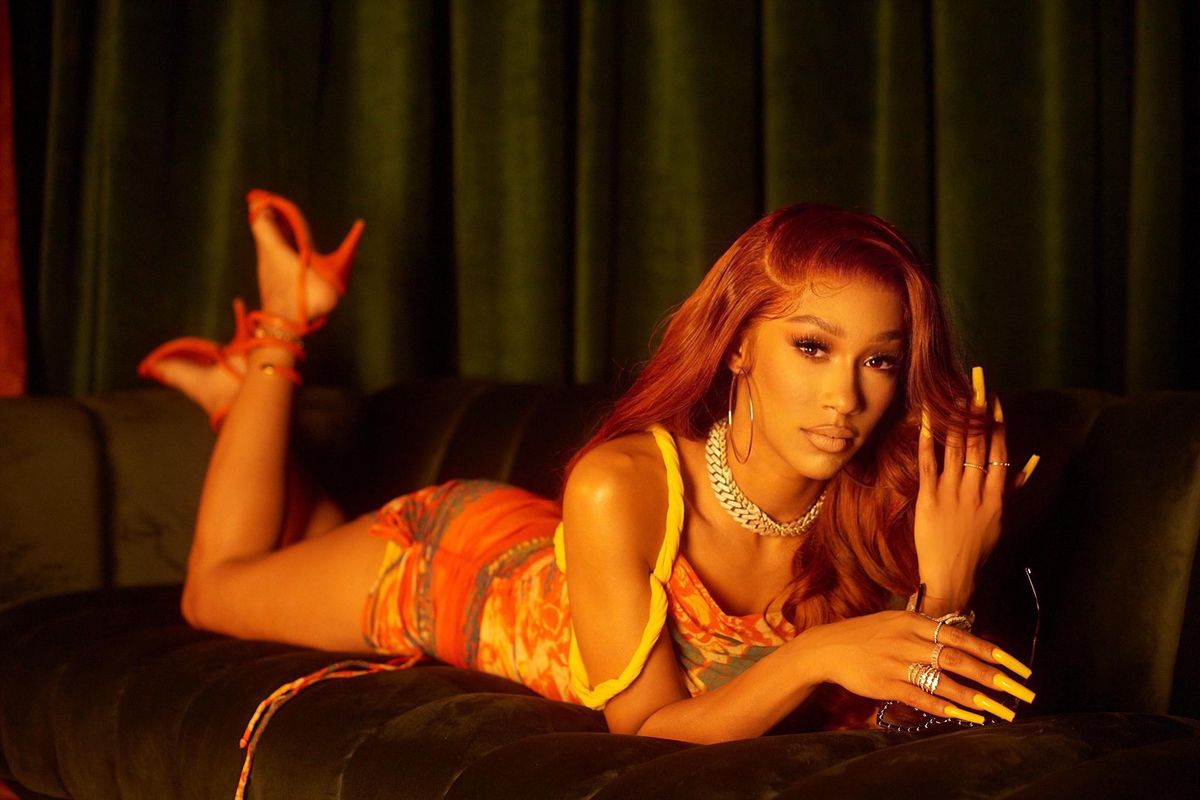 Rapper BIA's pockets are stuffed, at least if her newly released "WHOLE LOTTA MONEY" music video is any indicator.

In the Ben Marc-directed visual, she's an absolute financial fatale. And if her words don't convince you, let the fact that when she walks into a bodega, the cashier — played by bad boy Justin Combs — hands her money. Surrounded by her girls for a night of partying, BIA eventually hits the strip club and, naturally, makes it rain.

Everyone's having fun until a woman comes flying down the pole at light speed and crashes into a thud at the bottom. It's here that things could have gone left — with shock and silence — but the debauchery resumes when the woman gets up, completely unbothered. In BIA's world of success and domination, a little pain doesn't stop the fun.

If you take away nothing else from BIA's visual, it'll be the idiosyncratic fashion choices. She worked with acclaimed stylists Grace Butler and Tyrina Lee for her designer looks made up of Fendi, Chanel, Balenciaga, Bottega Veneta and more.

Speaking to PAPER, BIA detailed the process of making the video — one that involved hanging out with those closest to her. "This video was by far the most fun and authentic to mine because we were able to combine new fashion and culture," she said. "It's always a blast too when you get to have your friends involved. I think that really translates on camera."

"WHOLE LOTTA MONEY" appears on BIA's album, FOR CERTAIN, which dropped last December — her second project after spending a five-year stint with RCA Records where she said she was prevented from sharing music.

Speaking ahead of her latest project's release, BIA explained its name. "Without getting too preachy, this is the first time in my life I'm certain about everything," she said at the time of FOR CERTAIN. "I move with surety and that's because everything I'm doing is authentic."

She continued, "There's a power that comes from not seeking validation from anyone other than you. That's what I feel. I've had wins and even more losses to know that the show must go on! Be true to you and those around you, proceed with love and what's for you is for you."

Check out the video for "WHOLE LOTTA MONEY," up above, and stream FOR CERTAIN, below.