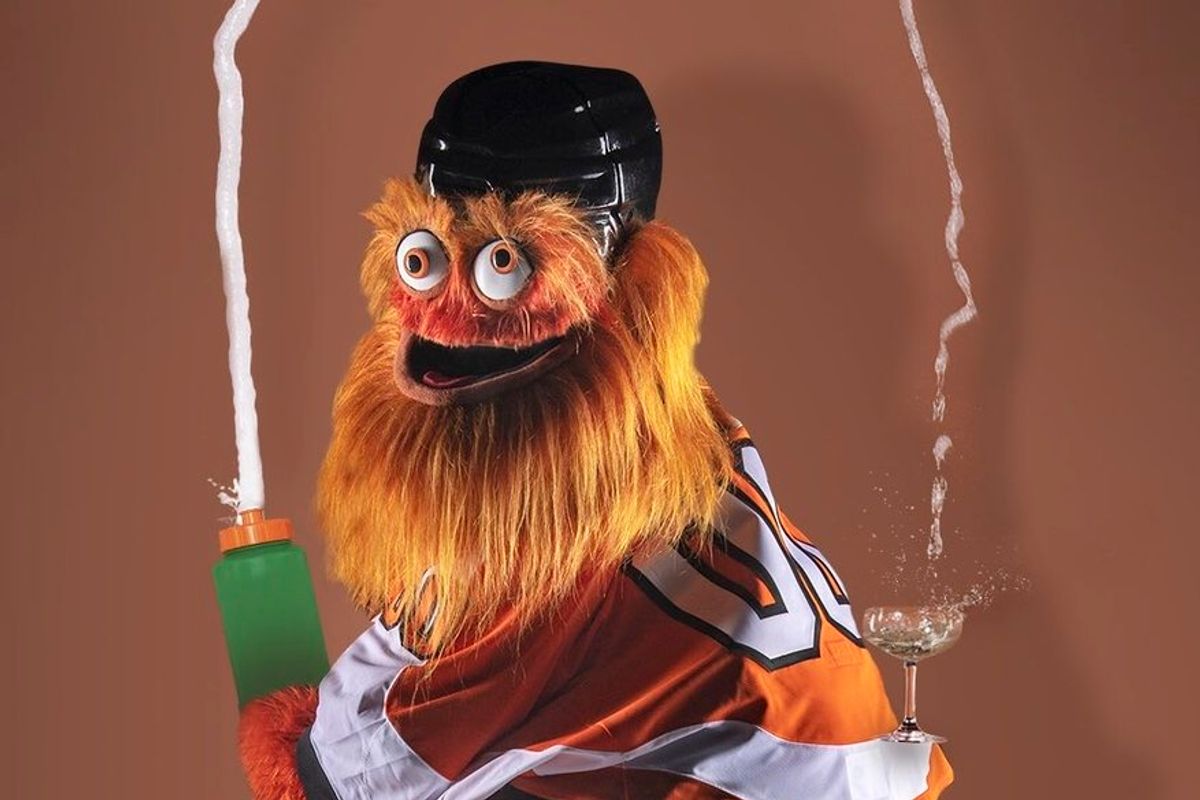 The Best 2018 Memes You Already Forgot

Nostalgia for memes makes sense now that each day feels like a decade. Here's PAPER's list of our favorite, most culture-defining internet moments that came and went these past 12 months. To save you the cautious scroll, this is a grape surgery free space.

In 2018, the zodiac crossed the threshold from "fun thing to read about even though I don't actually believe in it" to "dumping my boyfriend because our charts aren't compatible," and meme accounts noticed. Horoscope memes offered us guidance this year, and also threw a lot of shade at unsuspecting Scorpios.

The Philadelphia Flyers got a new mascot this year, and the rest of us got a new folk hero. Gritty is an orange, furry, muppet-esque baseball player whose tribute to PAPER's Break the Internet Kim Kardashian cover was one of the best things to happen to us this year.

Speaking of Kim, hang this in the Louvre.

Ariana and her dating life inspired three of 2018's key memes: the lollipop lick, Big Dick Energy (BDE), and "one taught me love, one taught me patience, one taught me pain." She also released an album! Thank u for your significant contribution to internet culture this year, Ari.

2018's other highly memeable musician was Cardi B, whose throwback childhood photos on Instagram spawned two very good viral hits: one with her sister Hennessy Carolina, and her solo "My momma said" moment. They work because they prove, for the millionth time, how authentic she is: she's been telling things like they are literally since childhood.

Is this a pigeon?

Australia's Knickers the cow was a literal giant in his field and 2018's best big internet animal for sure. Other notable large animals included an overweight Monterey Aquarium otter, described as "thicc" and "chonk" by the zoo's social media person, who was forced to later issue an apology for inappropriate use of AAVE. Sums up the discourse pretty well.

Me during a home invasion when the burglar tells me he hasn’t seen the trailer for A Star is Born https://t.co/FbfDeDLxsl
— Russell Falcon (@Russell Falcon)1537379858.0

A Star Is Born started spawning memes literally a year before it was officially released. Our favorites? Miley's eyes on the Ally poster, and obviously Lady Gaga turning around one last time at Bradley Cooper's request. Vox Lux? Never heard of her.

In March, a screenshot from a 1999 episode of Spongebob Squarepants said it better than a 20,000 word thinkpiece ever could.

In a big year for online arguments, these repurposed screenshots from American Chopper at least allowed us to laugh at ourselves for constantly clapping back about everything.

Elon Musk and Grimes make their debut at the Met Galapic.

At least 2018's most upsetting celebrity relationship gave us some good internet jokes.

This barely counts, because memeability is so obviously what Kanye was going for with this concept (which Kim alleges he came up with via his iPhone on the way to a listening party), but still. We'll let it pass, because the whole phone thing meant the meme was easy for anyone to instantly remix with their own handwritten green text.

Luckily, the midterms inspired voter participation, as well as meme creation. Voter turnout hit record highs, and there were plenty of milestones for women, and candidates of color.

Let's get this bread

Let's! Get! This! Bread! A fun, motivational meme about getting out of bed and going to work, even though the effort seems increasingly not worth it. A perfect mantra for 2018, but, come to think of it, you should also save this to your bookmarks for January 2.