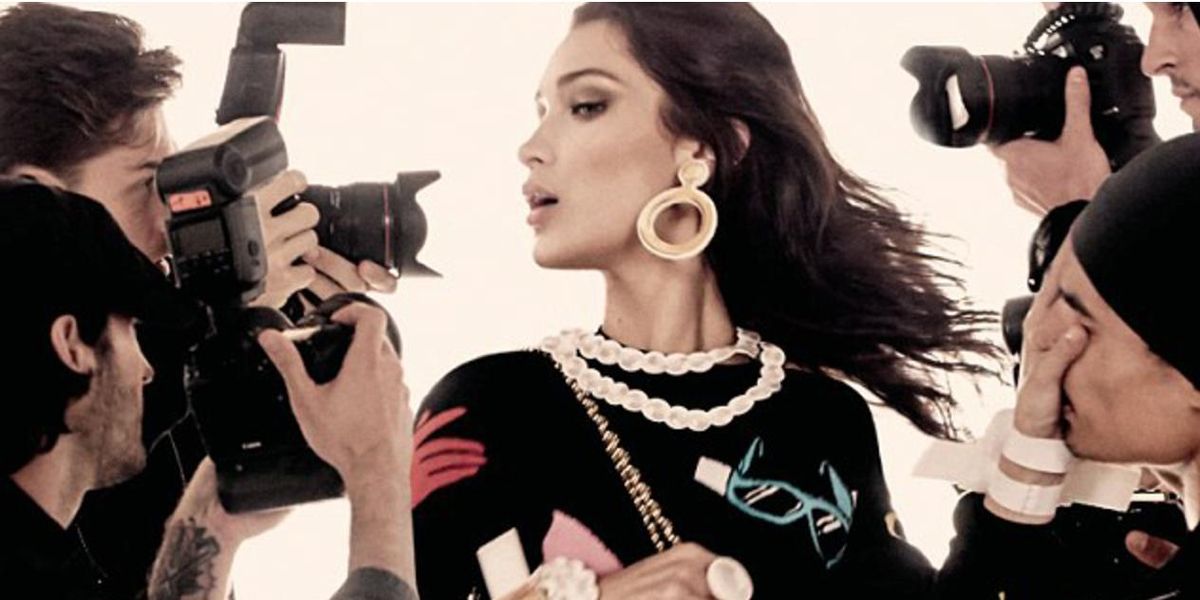 Bella and Gigi Hadid Star In Two New Campaigns Together

Bless you, Bella and Gigi. After a stellar 2016 – which saw PAPER cover girl Bella awarded industry choice Model of the Year – the dream duo show no sign of slowing down.

Moschino released its Spring 2017 campaign this morning, wherein the famous sisters reunite in the brand's paper doll gowns and dramatically making their way through a throng of paparazzi, shot IRL by Steven Meisel. Sound familiar?

This is the second major fashion house to reveal their spring advertising featuring both Hadid sisters this week. Fendi's latest campaign, shot by Karl Lagerfeld, also starred Gigi and Bella–the latter's first for the brand–posing in all Fendi's girlish glamour in a derelict mansion.


@fendi s/s 17 campaign shot by the one and only @karllagerfeld ! what a dream come true to start off the new year ! thank you @chaos @pg_dmcasting @samuel_ellis and Karl I love you so much🦋🙏🏼💙
A photo posted by Bella Hadid (@bellahadid) on Jan 2, 2017 at 11:08am PST

Lest we forget the two walked the Victoria's Secret Fashion Show together last year as well as appearing in Balmain's Fall 2015 sibling-themed campaign released in July.