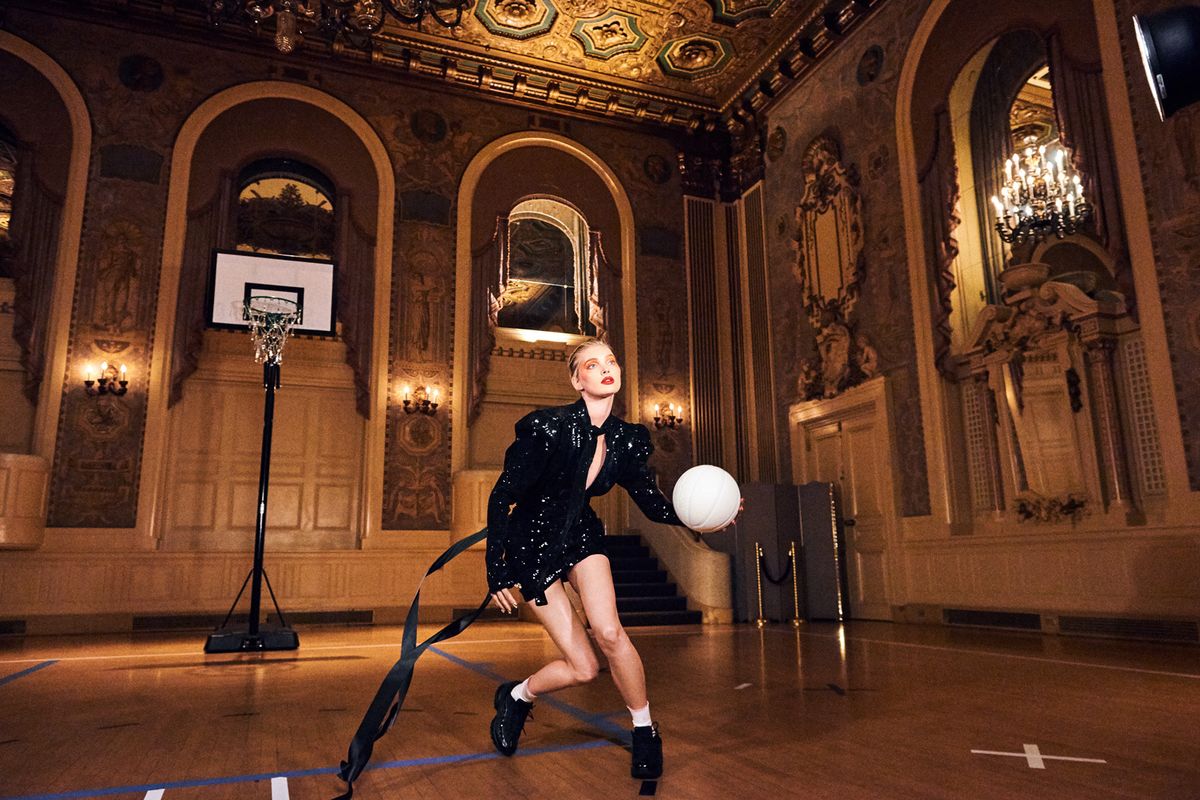 Modeling wasn't always an industry that heralded individuality. While notable women like Naomi Campbell, Gia Carangi, Iman and Kate Moss elevated the title "model" into celebrity ranks, the "model façade" was what we fetishized — the catfights, the drugs, the slip-ups. However, over the past decade, bystanders and industry leaders have begun humanizing the women we all spent so long painfully romanticizing. We developed a shifted appreciation for how models can also make us feel beautiful. We've traded in the façade and now we want to know who these women are, where their interests lie, and how their individual characteristics define their work. When plus-sized models proudly share photos of their stretch marks on Instagram, women everywhere feel empowered. Similarly, when a tomboy playing professional basketball jumps to the opposite end of the spectrum and becomes one of the faces of Victoria's Secret, the antiquated, one-dimensional understanding of who can be a model, is shattered.

Elsa Hosk, the 29-year-old Victoria's Secret Angel and former member of the Swedish professional basketball league, is capable of balancing much more than 20 pounds of Swarovski crystals on her back. While growing up in Stockholm, Sweden, Hosk began playing basketball at the age of seven. "I was so young and it was something all the girls did in my school, so I thought I would give it a try," she told PAPER. Since not many seven-year-olds are celebrated for their height, that was an added perk that developed later.

As if she didn't have enough on her plate, when Elsa was 13 her father prompted her to test the waters of the modeling industry. Graced with the gifts of steadfastness and natural beauty, it wasn't long before the industry's key holders started to take notice. However, while juggling rigorous basketball practices as well as numerous modeling gigs, Elsa had to make a choice. "I think if a kid is supported in the right way, the kid knows best what they want and how they want to go about it," she said when asked about her parent's influence over her deciding between two equally demanding professions. "They were always really supportive with my decisions and I think that contributed to me advancing and achieving my goals."

Gown by Gucci, Hat by Just Don, Basketball by Spalding

Despite seeing success in her early modeling ventures, Hosk decided to pursue basketball upon graduating from college. "I'm so competitive that I made my dad put a basket on our street so I could practice on the side and get better." While gender inequality continues to plague industries across the board, professional sports magnify the lack of exposure and respect women receive in comparison to their male counterparts. When asked about whether she felt under-appreciated while playing basketball in Sweden, Elsa noted that she never reached the professional height to fully understand that dichotomy. "I was just really focused on doing my best, and I kinda quit before it got really serious and where that would have really affected me." However, she also understands that the gap is very real. "There are so many badass female athletes out there that live and breathe their sport and that deserve the same major respect and attention."

Strict athletic and nutritional routines come with the territory of being a professional athlete as well as a Victoria's Secret angel, and Elsa has spoken very openly throughout her career of the ways in which basketball shaped her sense of discipline and ambition from a very young age. "[It taught me] how to work in a team and how to use my body. When I model I use every little muscle and knowing how it works is so important to get a pose right!" However, that's not to say that her demeanor is rigid in any way. Energetic, engaging and surprisingly down to earth, Elsa walked on set without an often-cited VIP handler, looking phenomenal, and refreshingly candid.

"Work hard, set your own trends, be nice, grateful, strong, take no bullshit, and never compare yourself to anyone!"

Although Elsa ultimately chose the career that's since catapulted her to superstardom, her love for basketball hasn't fizzled. She's even got a go-to game snack (nachos), and would challenge Lebron James to a one-on-one if given the chance. "He is just the most beautiful player," she said.

As a model, Elsa has turned the word "femininity" on its head. From professional basketball player to Victoria's Secret angel, she has showed her fans and the industry that being a model doesn't solely boil down to being a vapid figurehead. And for any Victoria's Secret angel just receiving their wings, Elsa has a bit of advice: "Be yourself all the way, work hard, set your own trends, be nice, grateful, strong, take no bullshit, and never compare yourself to anyone!"