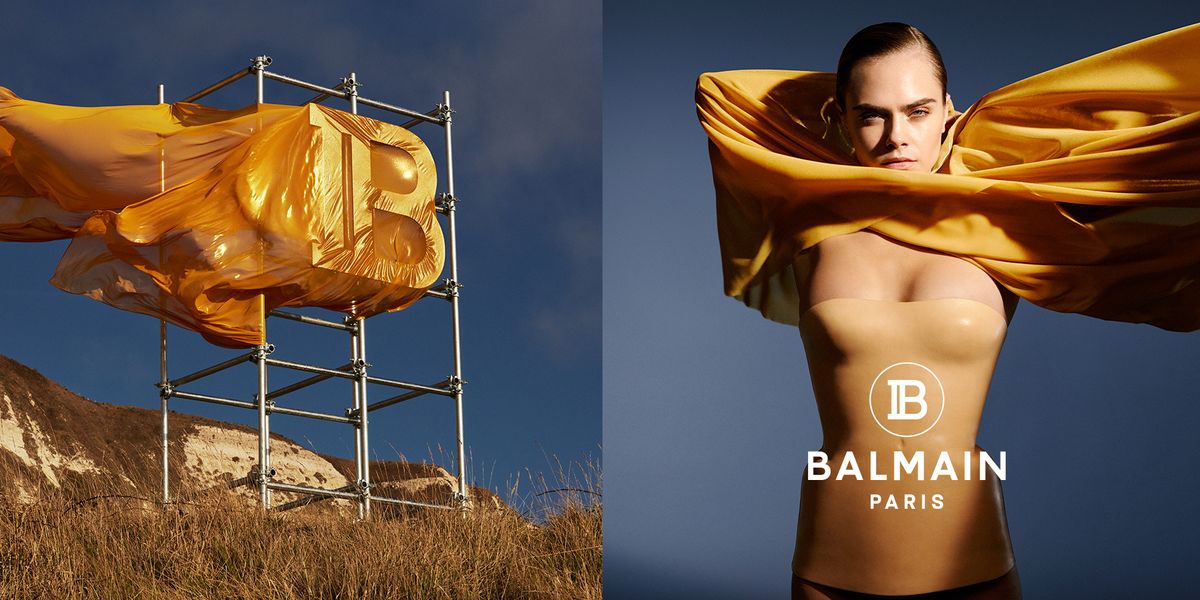 When it comes to old pals, Olivier Rousteing and Cara Delevingne, nothing is really off limits. With a long friendship and a growing rapport as collaborators, the two have been making waves through their work for Balmain lately, mostly with the brand's sizzling new campaign — and now, they're sharing even more imagery with exclusive activations for different cities.

Inspired by the iconic 1993 cover of Rolling Stone featuring Janet Jackson with breasts cupped by disembodied hands, Balmain's campaign embraces freedom in the same vein. Paired with the release of a brand new logo and visual identity for the French fashion house, the campaign and its philosophy signal a fresh start for Balmain.

In the campaign, a topless Rousteing is positioned lovingly behind Delevingne, hands similarly placed, for a beautiful portrait to signify the power of diversity and a timeless commitment to authenticity. "I wanted it to be about inclusion and the beauty and contrast of our skin tones together," Rousteing tells PAPER. "This is also about friendship and the relationship that we have over the years."

As for the campaign's lack of clothes, Rousteing says this was purposeful: "The absence of clothing is so intentional in the campaign. It's all about the elements and the freedom of authenticity."

When it comes to stripping it back, Rousteing looks no further than the very elements of nature. Rolling out new campaign videos in a four-part series to coincide with every fashion week in the world's capitals, Balmain is kicking off New York with one of the most ethereal elements: wind. "The element of wind in New York has to do with the freedom in the air and the desire to express this feeling," Rousteing says.

In the gorgeous new clip, Delevingne smolders against the gusts of air and billowing fabric that animate and embrace the brand's new logo mounted in the sky. Signaling the creativity and playfulness of this fresh spirit, the campaign video is the first of a few different ways Rousteing is steering Balmain into the future. "When I went to do couture, people were asking me why I was doing it now and asking why go back to something much older but I think that in order to understand the future, you have to understand the past," Rousteing says.