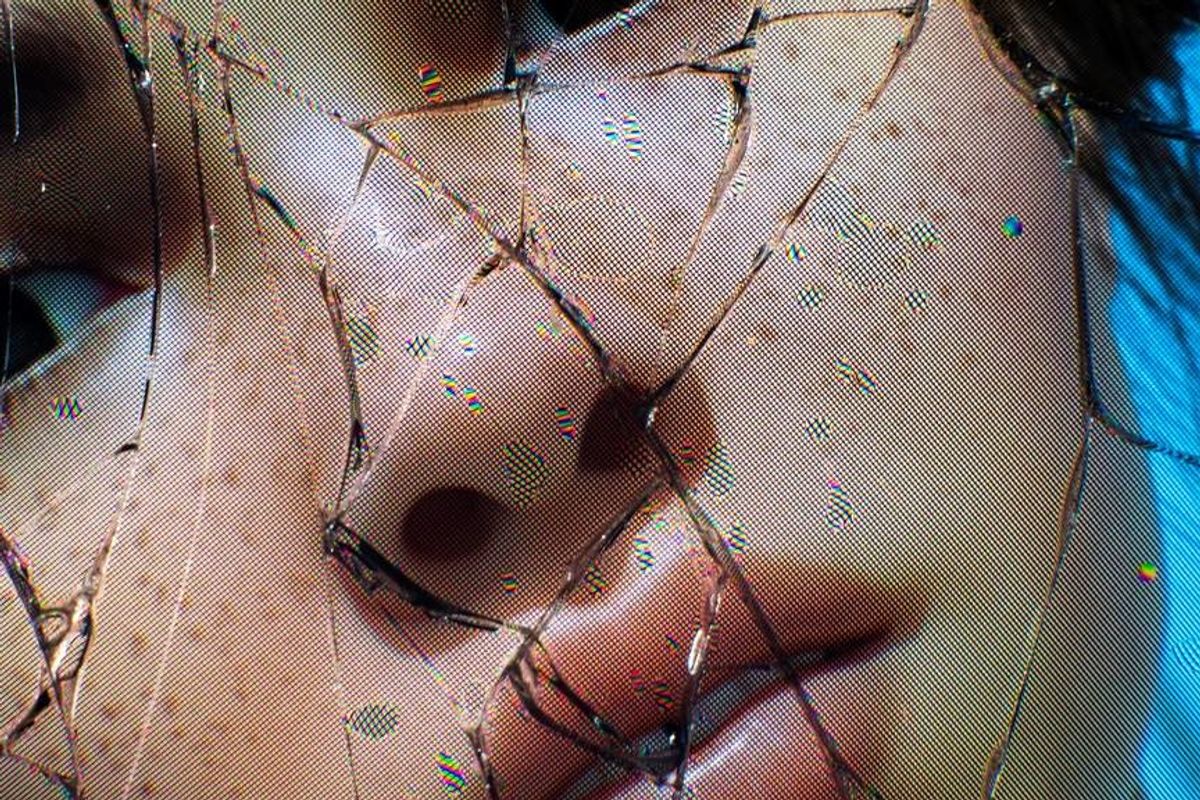 We have officially entered the pop singularity in the most 2018 way possible. Producer Baauer released today his collaboration with digital influencer Lil Miquela "Hate Me" and the simulation is now starting to fall apart.

Miquela's lack of a physical form hasn't held her back having been photographed alongside the likes of Diplo, Molly Soda, Bo Burnham, and has collaborated with Prada and countless other fashion brands. Miquela captured the internet's imagination earlier this year when her account was "hacked" and held ransom by a rival Trump-supporting CGI avatar, Bermuda Bae, who ominously threatened to reveal "the truth" about her. Following much blog speculation and a strange statement posted to Instagram, a narrative then unfurled about escaped AIs and manipulative PR agents mixed with fuzzy swipes at sentience, ultimately leaving so many more questions than answers.

Miquela's new foray into pop feels just as uncanny as her likeness. Subtle auto-tuning over top of a self-aware future bass beat makes what would otherwise standard pop tune feel ever-so slightly detached from reality. The lyrics seem to vaguely reference her recent online drama with a press release describing the track as being about Miquela's "occasionally toxic relationship to fans and fame." But it could just as easily be a generic pop song written by a neural network that has been fed every chorus from the Billboard Hot 100.

Perhaps its the birth of a new genre, Simulacra-pop. A genre that draws on digital proxies like Gorillaz and meshes it with voice-emulation software like Hatsune Miku; ushering in a new era of trans-human pop stars. A post-pop Blade Runner-like reality where all culture is uncanny and synthetic.

Watch Miquela move on camera for the first time in the lyric video for "Hate Me" below: