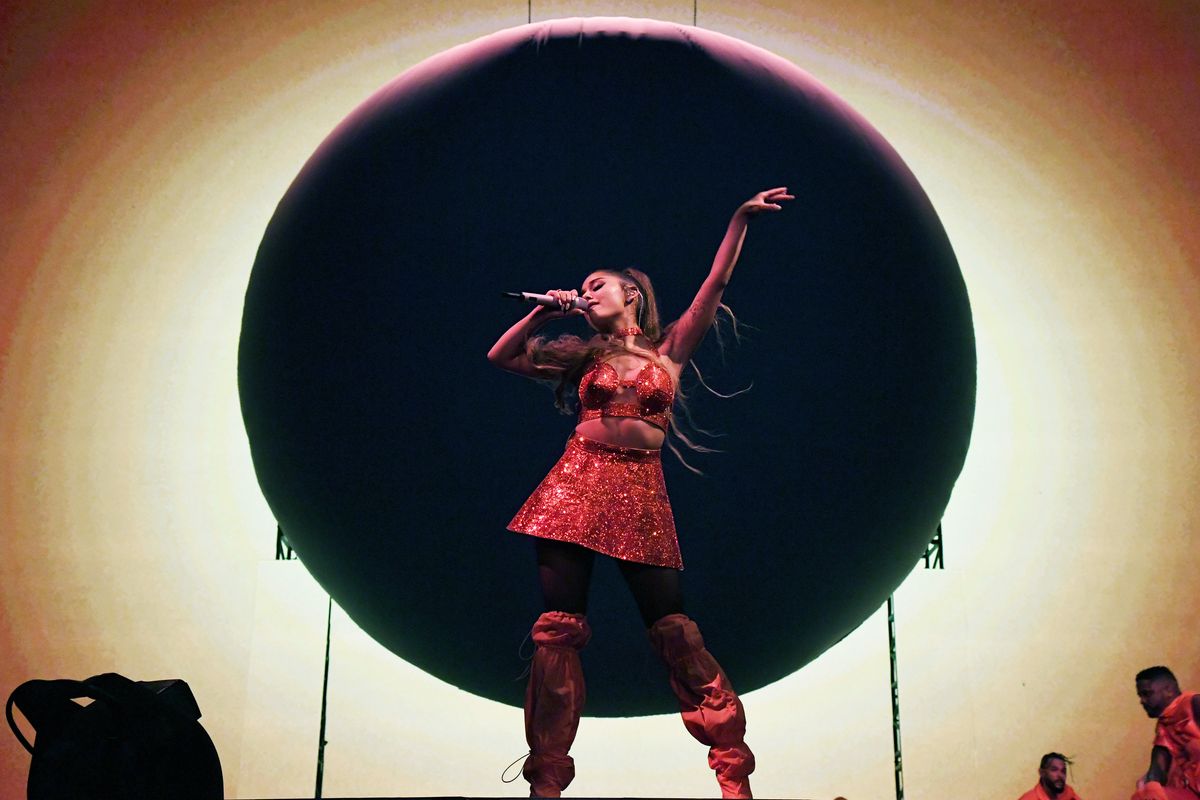 Do we love an Ariana Grande childhood throwback? Yes, always. We adore. This afternoon the singer shared an exceptional one, featuring her trademark high pony. Turns out she's been rocking it for way longer than anyone thought.

The photo isn't dated, but this is definitely middle school or younger. The caption, "at least she's consistent," is cute but also a little misleading. While Ariana's hair has been painfully pulled back for years now, it's easy to forget that she experimented with different looks back in the day.

Below, a brief history of Ariana Grande's high pony — the most painful-looking hairstyle in pop music, and the second-most iconic after Lady Gaga's 2009-era wig bows.

Ariana's natural hair is dark, curly, and honestly very cute! Here she is on stage, starring in Broadway musical 13. Always fun to be reminded that, in an alternate non-Nickelodeon timeline, she's winning Tony awards and writing Playbill bios.

Here's where things go horribly wrong for Ariana's lush Italian locks. She's forced to bleach, dye, and straighten them every week for four years in order to play Cat Valentine in Nickelodeon's Victorious and, later, the spin-off Sam & Cat. She rocks the occasional pony, but rarely the instant facelift kind she's now known for.

As Grande explained in this long, very 2014 Facebook (she's a Twitter and Instagram girl now) post, the Nickelodeon years took their toll. The ponytail, it turns out, was actually a last resort — her hair was so damaged that sweeping it up and out of view was the only solution. Kind of like me in the office today! Except I'm fooling no one and Ariana is a 10.

Kind of anything went during this strange era — music-wise, hair-wise, cat ear headband-wise. But we got a few high pony moments, most notably on the My Everything cover art.

Here, the ponytail really came into its own. Ari also experimented with bangs!

These days, Grande's pony is starring in its own comedy sketches and Givenchy ads, featuring in memes, and occasionally even going platinum blonde. We'd barely recognize her without it — RIP Cat Valentine.