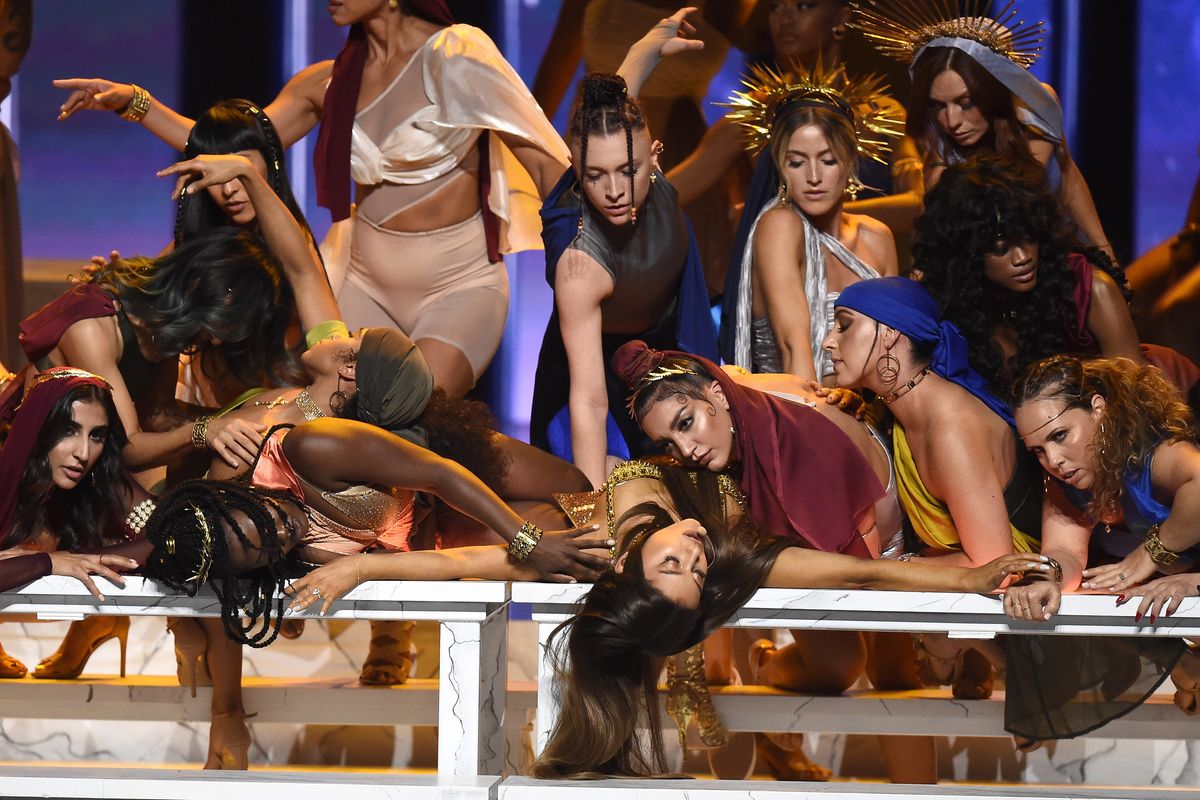 In the name of all that is sacred and holy.

Ariana Grande stunned the VMAs with a sensual rendition of Sweetener single, "God Is a Woman" in a moving, all-women staging of The Last Supper. She held hands with her grandmother and other members of her family in the closing, taking the song to spiritual, touching heights. Let the church say amen.

Earlier in the night, Grande won the award for Best Pop video for "No Tears Left to Cry." During her acceptance speech, she thanked Pete Davidson for existing.

Watch Ariana Grande's "God Is a Woman," below: