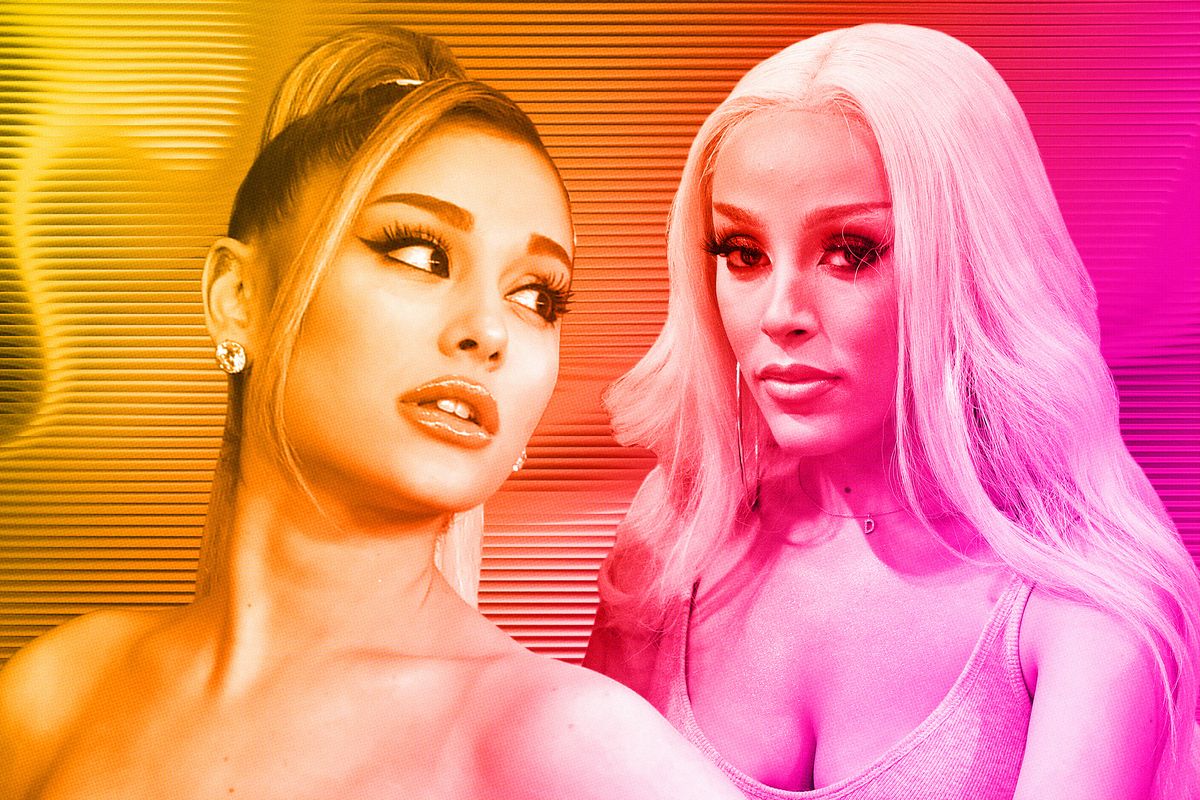 An Ariana Grande and Doja Cat Collab Is Ready to Drop

"She twerked so hard that her wig fully flew off," Ariana Grande hints to Zane Lowe on Apple Music about her upcoming collaboration with Doja Cat.

In the latest "At Home With" interview series that Apple Music has been running throughout quarantine, Ariana Grande revealed hints about new projects, favorite collaborators and even shared her current musical rotation during quarantine. The interview clip that's taking Twitter by storm, however, is focused squarely on her interactions and friendship with newly minted Hot 100 number one hitmaker, Doja Cat.

Related | Doja Cat and Nicki Minaj Go No. 1 With 'Say So'

"I'm obsessed with her. I love her. I was able to work with her earlier this year on this song that I want to save for whenever it's time again, to drop," Grande told Lowe about her work with the viral songstress. She describes sending over a song idea to Doja at the end of 2019 and receiving a completed verse back the very next day. "She was like, 'How many bars can I take? Because this is mad inspiring and I want to just go.'"

After encouraging her to take all the musical bandwidth she needed on the track, Grande says that she "ate" the track and "goes off on it," also adding that it's her "favorite so far." If Doja's pop prowess on her most recent album Hot Pink is any indication of what's to come on the two powerhouses' official collab, then Ariana and Doja fans alike can guarantee another number one hit in the bag. Until then, watch Ariana Grande's full Apple Music interview below.