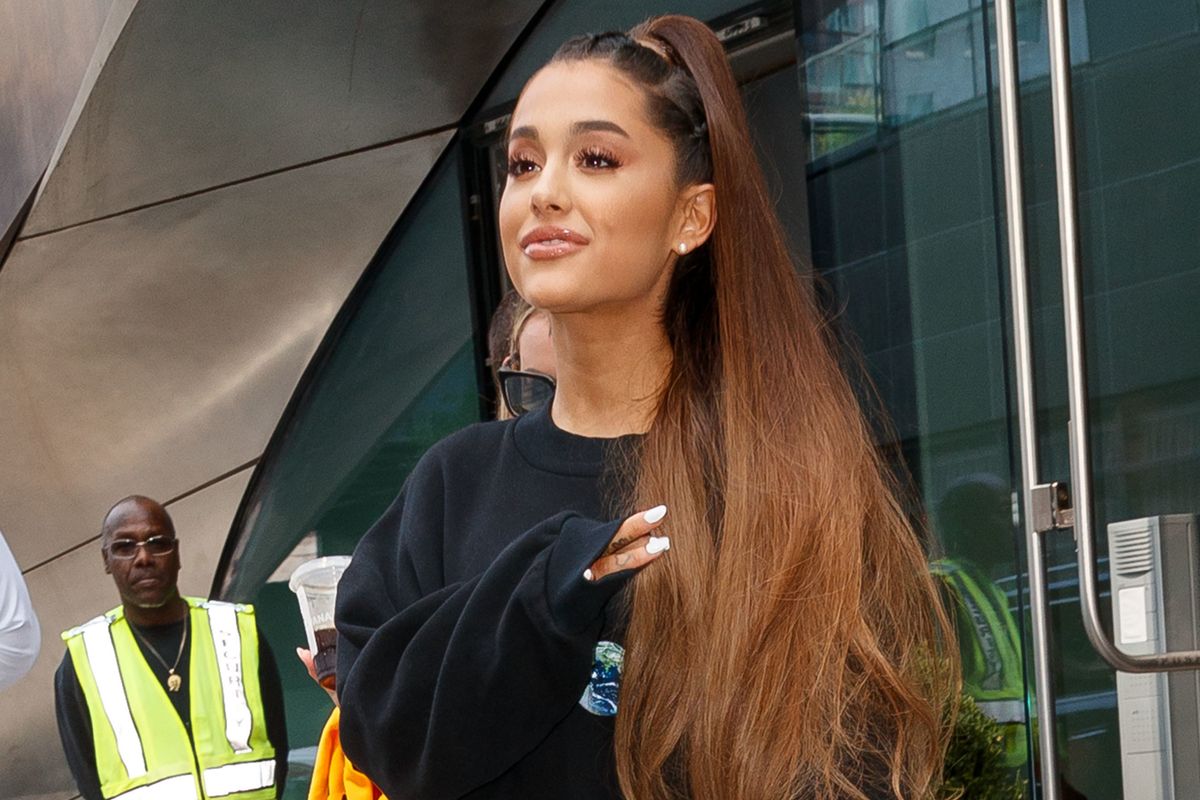 Is Ariana Done With Her High Ponytail?

Don't know if you've noticed, but the heat is unbearable in New York right now. Summer might technically be over, but you wouldn't know it. Wearing clothes is hard enough, so spare a thought for Ariana Grande's petite frame having to support her trademark giant ponytail extensions all day long while promoting Sweetener.

According to a video posted to the singer's Twitter last night, Ari took a well-deserved a break from the weight of her extensions by flinging them dramatically across a hotel room. Quite literally, her wig flew off. The video is possibly a reference to Grande's recent Jimmy Fallon skit, in which her ponytail becomes sentient. Of its own accord, said ponytail removes a can of La Croix from a fridge, signs an autograph for Questlove, and stops a thief. Kind of makes more sense if you watch it, to be honest.

Is this move permanent? Can we expect to see Ariana debuting a pixie cut sometime soon? Would Pete approve of that? Would the fans? It's hard to believe. There is no Ariana without the ponytail –– as the Fallon skit attests, it's literally her signature look and the source of her powers, second only to those Yeezy thigh highs. Even though she's recently experimented with letting her hair down, notably at the VMAs, the high pony always makes a comeback. Grande even tweeted as much last month:

It's nice to have something you can depend on in this uncertain world.