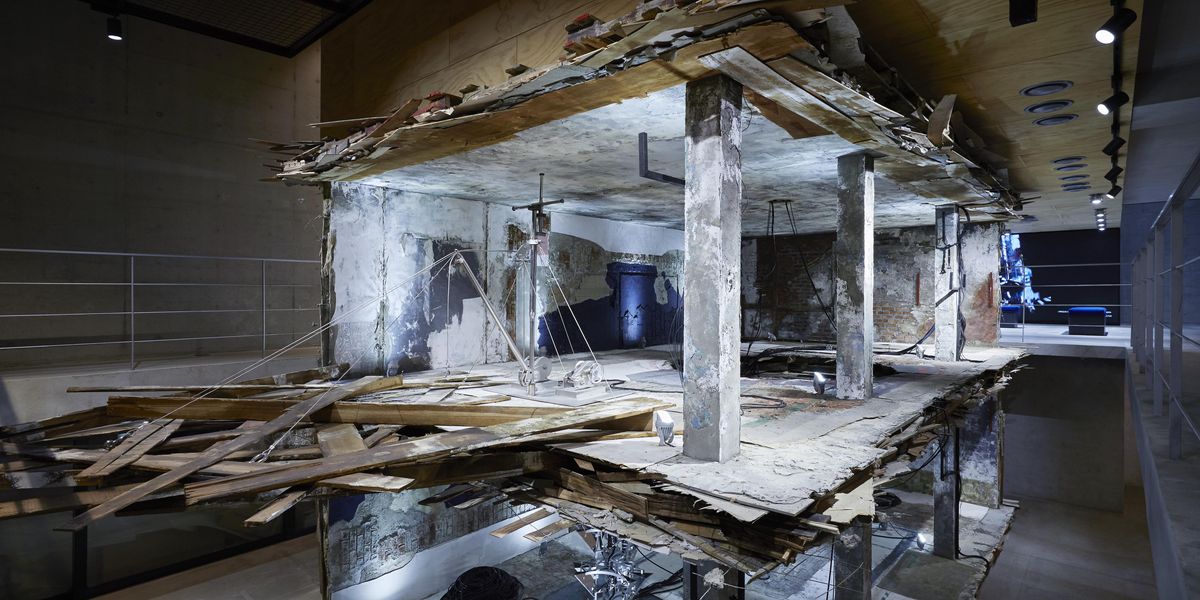 South Korean eyewear brand Gentle Monster has expanded an ever growing fleet of flagship stores with their newest outpost in Dosan, and is continuing their tradition of pairing each location with its own distinct artistic identity.

This time, the newly launched HAUS DOSAN 0 10 10 10 features a two-story installation by Frederik Heyman accompanied by an original soundtrack from Arca. Echoing the post-apocalyptic cyberpunk landscapes that dominate the artist's digital work (like his PAPER Lady Gaga cover), the massive concrete structure greets guest on the first of five levels and resembles an excised section of an abandoned warehouse, punctured by chrome spires and lengths of wire and tubing.

Having previously teamed up with Heyman on the visuals for "Nonbinary" and "@@@@@," Arca's soundtrack sees the multi-hyphenate auteur indulge her more experimental sound design-oriented tendencies and even sees a nod to the latter hour-long single with a call back to the fictional "Diva Experimental FM."

"The design team consistently produces beautiful shapes, eyewear that feels refreshing and new as well as futuristic. I've had the pleasure of hanging out with some from the Gentle Monster team years ago in Seoul and they left a good impression, so I wanted to support the project," says Arca of her involvement.

She continues, "And of course, a huge draw was the opportunity to develop parallel collaborations with Frederik Heyman who I have worked with for a while and continue to develop projects with. All in all, it's the team and the vision of the space in HAUS that moves me. Some of my inspiration included: twisting lullabies, hypnosis, sorcery, monstrosity, tenderness, violence, pleasure, patterns in nature."