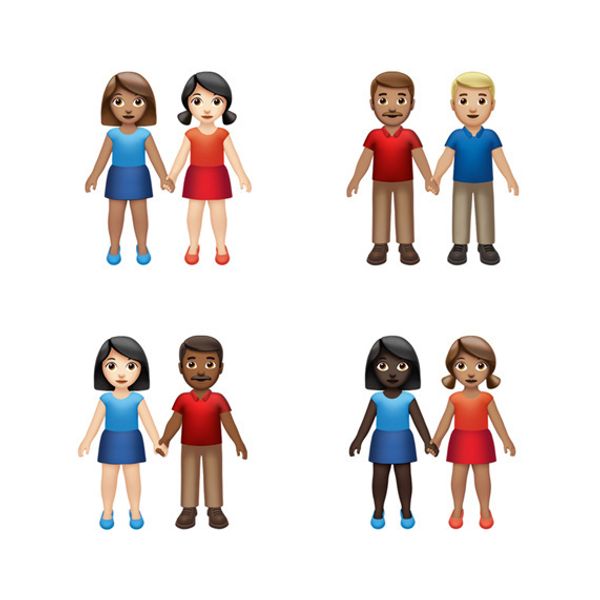 Diversity has become a key talking point across pop culture in the past few years with calls for equal representation that goes beyond ticking boxes. And now Apple has revealed a whole new range of emojis in a bid to bring "more diversity to the keyboard."

The announcement comes on World Emoji Day, as the new designs are set to debut along with the new iOS update this September. Along with fun additions such as waffle, flamingo, sloth, falafel, and yawn emojis, a major aspect of the update is the diverse range of skin tones integrated int its existing set.

The Holding Hands emoji, for instance, used to denote relationships typically only allowed you to pick one skin tone, which has now been altered to select a combination of different skin colors. Users will also be able to pick different genders, and personalize the feature "opening up more than 75 possible combinations." Additionally, the Couples emoji will also be revised to include interracial couples.

The change comes following the tech giant's proposal to the Unicode Consortium last year that suggested introducing more "disability-themed" emojis including a new guide dog, an ear with a hearing aid, wheelchairs, a prosthetic arm and a prosthetic leg that will also be available in the emoji keyboard soon. "Celebrating diversity in all its many forms is integral to Apple's values and these new options help fill a significant gap in the emoji keyboard," Apple said in a press release.

Starting this fall, 59 new emoji designs will be available along with a free software update for iPhone, iPad, Mac and Apple Watch.