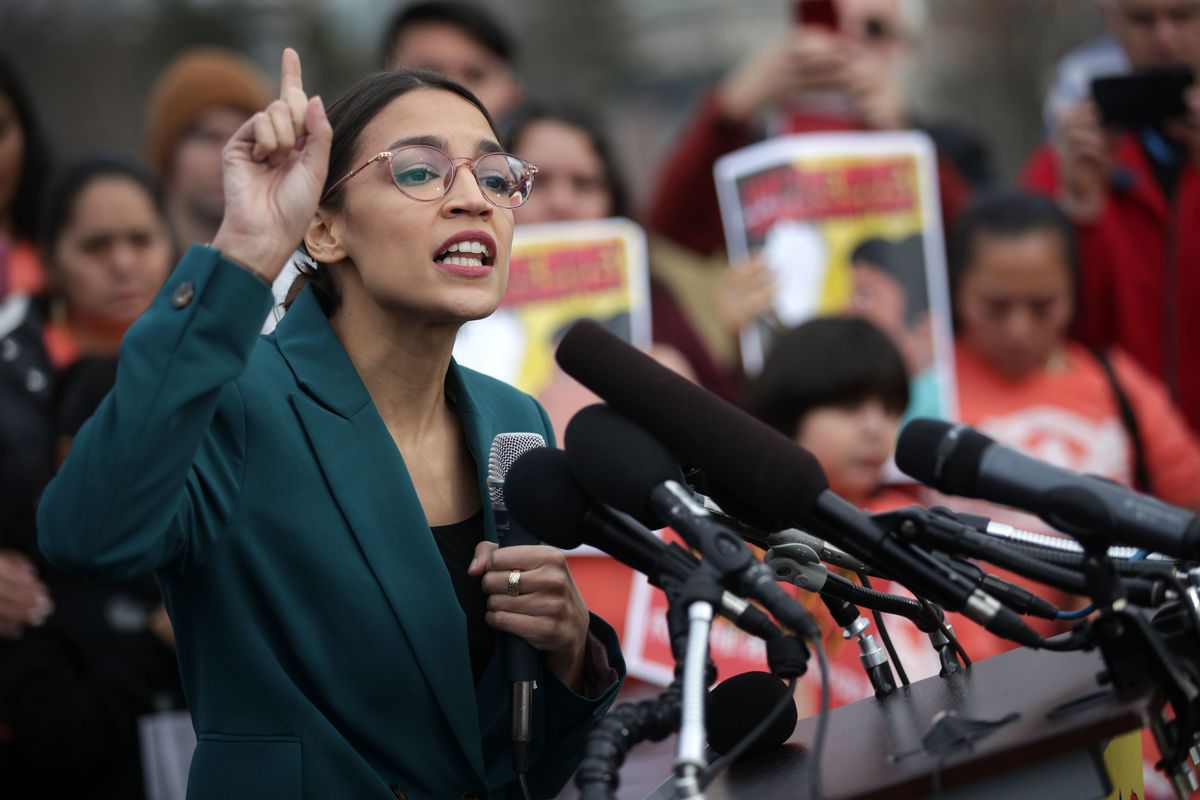 Everyone's favorite freshman congresswoman, Alexandria Ocasio-Cortez, is barely just a month into her first term as a representative from New York's 14th district and already is making moves that would intimidate even the most grizzled veteran politician. Having already stared down Trump at this week's State of the Union address this week, AOC is now looking to make her biggest move yet with a potentially revolutionary new piece of legislation.

Related | Why Democratic Women Wore White to the SOTU

Making good on a campaign promise, AOC introduced her Green New Deal today alongside Massachusetts Senator Ed Markey. The newly outlined policy package looks to reform the US economy by creating millions of new jobs all while fighting the ongoing effect of climate change by shifting industry focus towards renewable energy sources. The Deal aims to phase out fossil fuels and transition away from nuclear power over a ten year period funneling jobs into cleaner energy production methods. The plan also calls for "a family-sustaining wage, adequate family and medical leave, paid vacations, and retirement security," which sounds pretty on brand for AOC.

In addition to making rich conservative oil barons seethe with rage, the Green New Deal has the added benefit of potentially energizing the American economy on an scale not seen since the turn of the last century with the added benefit of curtailing the very real effects of global warming.

Even though the legislation is in its very early stages, the Green New Deal has already started to generate a lot of buzz due in part to AOC's galvanizing celebrity status. The plan has garnered support from 2020 presidential hopefuls Kamala Harris, Elizabeth Warren, Cory Booker, and Kirsten Gillibrand alongside nine other senators and 60 House representatives who are on board as well. Early support from candidates like Booker, Gillibrand, Harris, and Warren already indicates that even if the Green New Deal fails to make it to a vote, the plan will likely be a major talking point in the upcoming election and may ultimately come to play a very important role in shaping future legislation.