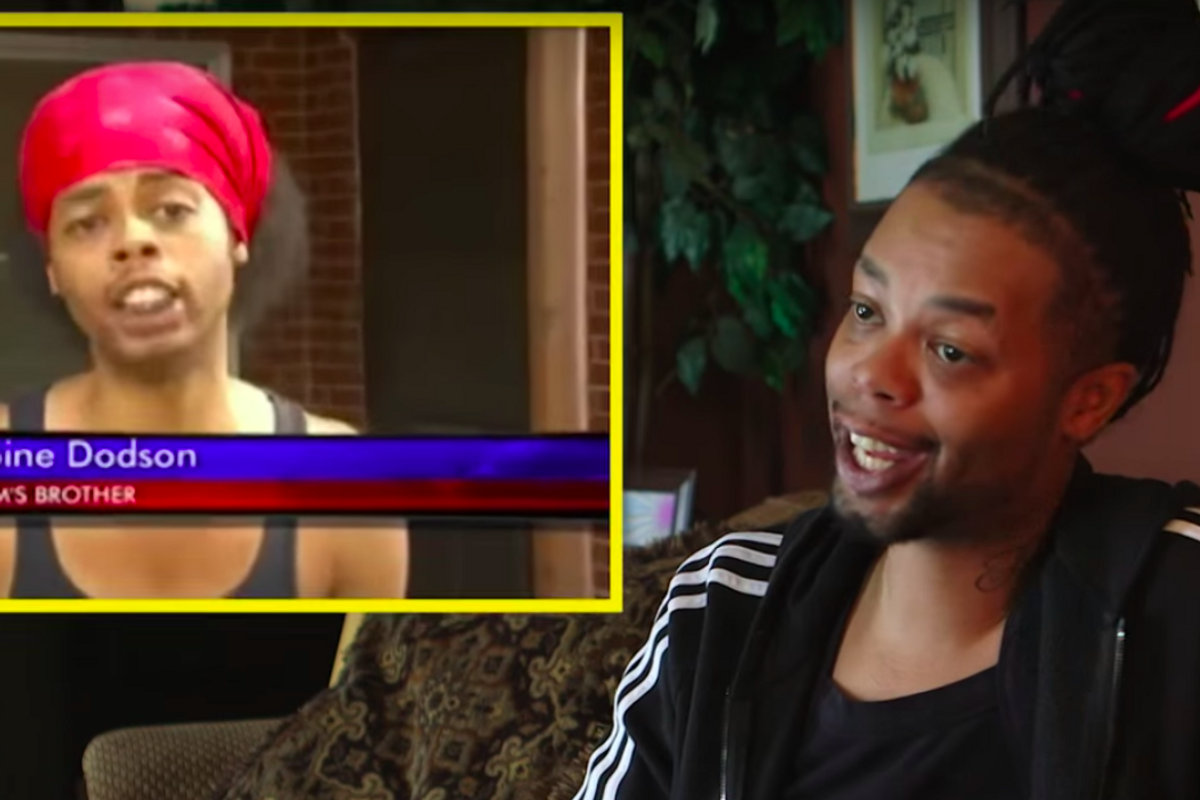 Catch Up with Antoine Dodson, of 'Hide Yo Kids' Meme Fame

The year is 2010. The Deepwater oil spill is caused an environmental disaster, Wikileaks published thousands of documents pertaining to military wrongdoing by whistleblower Chelsea Manning, and Antoine Dodson became a meme when he spoke to a local TV reporter after his sister was attacked in their home. His interview went viral, in part because of his righteous fury, but mostly because of the flamboyance with he delivered lines like "run and tell that, homeboy!" and "hide your kids, hide your wife." The interview was then remixed into the "Bed Intruder Song" by the Gregory Brothers as part of their Auto-Tune the News series. Once the remix was uploaded, Dodson's popularity exploded.

The song hit the Billboard Hot 100 chart; it eventually went Platinum. Dodson became a pop culture fixture that year, appearing with Carson Daly at NBC's New Years 2011 live show and performing the hit song at the BET Awards that year. Money from sales and licensing of the song allowed his family to move out of subsidized housing. For a while, it seemed like Dodson's newfound fame would keep him in the public eye.

Unfortunately, fame would prove to be fickle for the meme star. He largely faded from the public view after condemning his sexual orientation and declaring himself to be straight — a move for which he later apologized to the LGBTQ+ community.

So what has Dodson been up to in the intervening years? He's a father now, living a quieter life as a substitute teacher. BET recently caught up with Dodson to hear about his life these days, post-fame and post-controversy. In the video below, he talks about how the infamous interview took place as the family was arriving home from the police station. Already tired and weary, Dodson launched into the tirade that would change his life. He talks about moving to Los Angeles, only to become entangled with a scam public relations rep. Nowadays, he's settled in Alabama, working in the Huntsville School District in an effort to give back to his community.

Dodson's meme status is an uncomfortable topic because it touches on intersections of race, socioeconomic class, and sexual orientation. It makes us feel strange to consider the tale of his stardom, but at the end of the day, Dodson is a person with a complex story. His story deserves to be told. As for the burglar and attempted rapist? He was never caught.

You can check out the full video below.