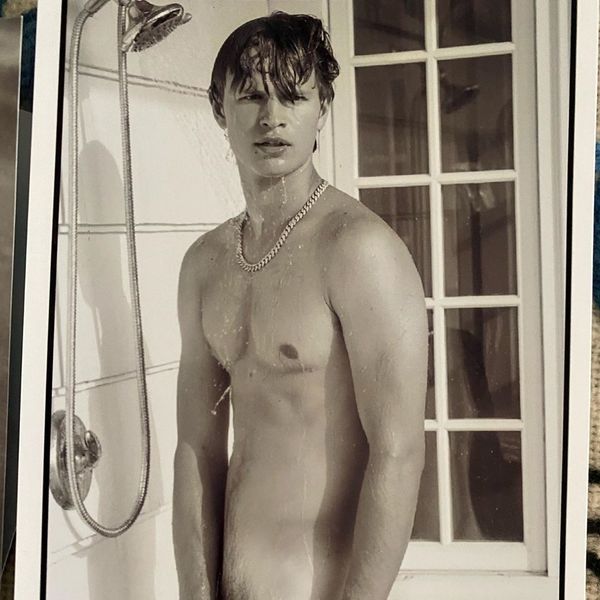 Ansel Elgort Isn't on OnlyFans, but He Should Be

Shower? Blasting. Back? Rounded. Gold chain? On. Shaft? Barely obscured. It really seemed plausible that the actor had joined the subscription explicit content service, frequented by sex workers and Caroline Calloway. Shamefully however, we arrived at Elgort's bio only to discover a link for a GoFundMe providing meals for Brooklyn hospital workers suffering because of COVID-19, sickened at our own disappointment. You got us good Ansel, you got us good. Ok, now donate, pervs.

In all our defense, an OnlyFans would have been highly on-brand for Elgort. The actor, who broke out in weepy young adult movies, tries very hard to subvert his own reputation, and generally all of society's expectations for All-American Hollywood heartthrobs. He seems to be courting the title of Gen-Z's Shia LaBeouf: posting dozens of the same blurry selfie in a row on his grid without explanation (a critique of disposable image culture!), photographing his interviewers while being profiled, referencing an alter-ego. He especially seems interested in shaking off his PG, YA-novel sexual image. He recently held his girlfriend by the vagina in a sponcon shoot for the Dominican Republic, and spoke with the Times about his interest in polyamory.

Elgort's aforementioned shaft was a topic of discussion earlier this week after a selection of his bulge pics went viral. Truly, he's a vision in basketball shorts. You know, if he really never wants to be called "the guy from The Fault In Our Stars" again... there's an easy solution.