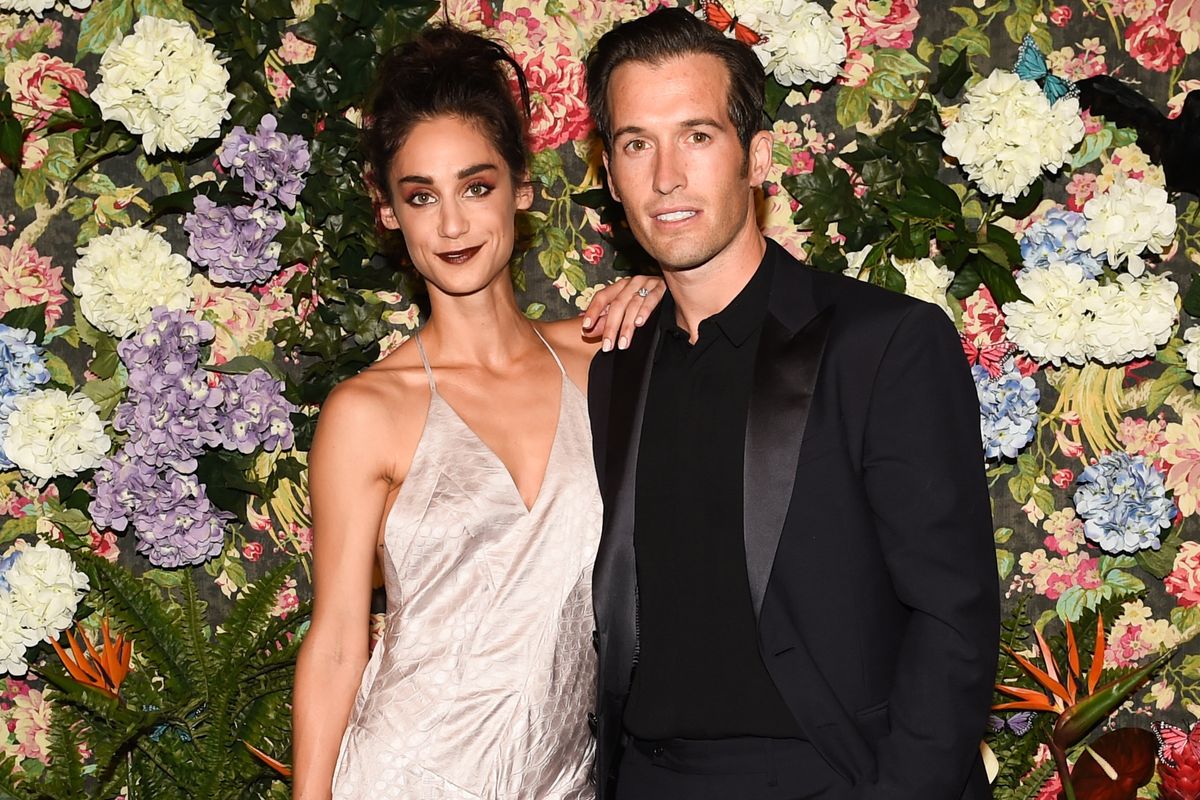 This Celebrity Hairstylist Claims His Girlfriend Faked Their Wedding

It's officially scamming season. Hot on the heels of the Anna Delvey conviction comes a new elaborate scam, this time starring a super rich heiress, a celebrity hairstylist, and a fake wedding. William Jordan Blackmore, founder of the Three Squares Studios in Chelsea who counts Marc Jacobs, Elizabeth Olsen, and Selena Gomez among his clients, married his longtime girlfriend Andi Potamkim in 2015 in a lavish $1 million ceremony in Utah. Except Blackmore claims the whole thing was a sham put on by his would-be wife.

Potamkim, whose family owns the Potamkin Auto Group, had her yoga instructor friend officiate the ceremony during four days of extravagant celebrations that reportedly included horseback riding, zip lining, hiking, yoga, watercolor classes, karaoke, a BBQ and s'more buffet, lunching by the pool and "movies under the stars." Additionally, the happy couple apparently had the guests flown in on private jets and put up in the expensive Amanigiri Resort, where suites cost up to $4350 a night.

Suffice to say, it was pretty insane. Only the yoga instructor was never ordained, the marriage was never registered, and hence it was never legal. And now Blackmore wants restitution.

The hairstylist has filed a lawsuit against Potamkin, alleging that she, along with father Alan Potamkin, planned the entire elaborate ceremony as a PR stunt to get attention and never intended to "officially" marry him in the first place. The groom is now seeking $2 million in damages and to have the prenup declared not binding.

Potamkim reportedly broke up their relationship earlier in December, claiming they were "consciously uncoupling" a la Gwyneth Paltrow and Chris Martin. The breakup was accompanied by a "draft separation agreement" by Potamkim alluding to their wedding as "symbolic."

"The truth was that Andi never wanted to marry Jordan; she just wanted a lavish wedding experience, a public-relations stunt and the attention that came with it," the lawsuit says.

According to Blackmore, the "stunt" was planned by the family, who were reportedly concerned about Potamkin's "financial future" after Blackmore appeared reluctant to sign a prenup. Although he eventually did sign it, he claims that the Potamkim family went ahead with their scheme anyway and the father "actively participated in and assisted the fraud."

The New York Post's initial report says that Potamkin denied the allegations, saying that the lawsuit "includes tons of untrue and irrelevant information about my family, included for no purpose other than to attempt to publicly embarrass us." But according to a recent twist in the saga, both Potamkin and Blackmore have mutually agreed to legally register their marriage in Utah before officially filing for divorce.

"Both parties agree that they had a beautiful destination wedding, that they were very much in love, and that they lived together as husband and wife," Potamkin's lawyer, Jennifer Altman told the outlet. "Indeed, both parties have filed to recognize the marriage in the state of Utah. There is a prenuptial agreement that sets forth the terms under which the assets will be distributed upon divorce."

Blackmore's attorney, however, claims the sudden change of heart hints at Potamkin's guilt. "Andi Potamkin's current change of position is all too convenient an effort to distance herself from the fraud."

Apparently, all is fair in love and scams.