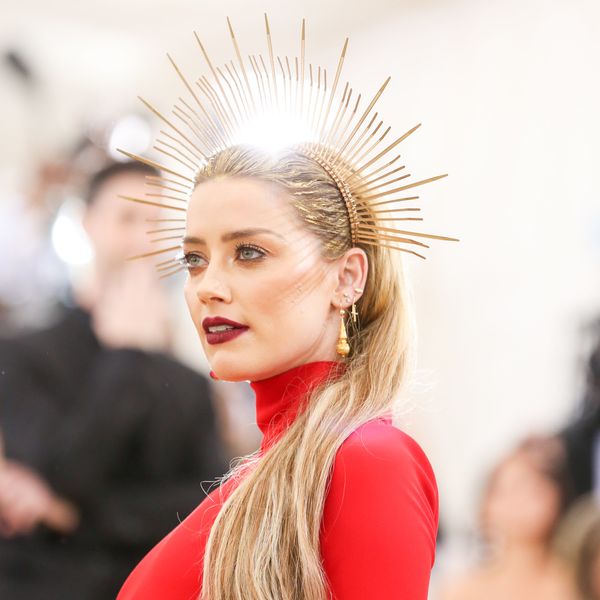 Amber Heard has deleted, but not yet apologized for, a tweet addressing the ICE checkpoints set up in Los Angeles to track down undocumented immigrants.

The actress revealed in her initial post that she had just been made aware of such a checkpoint in her neighborhood and advised her followers to be on the look out as allies to their potential undocumented employees. Specifically, she encouraged the Twitter sphere to protect their "housekeepers, nannies, and landscapers."

Related | Why We Can't Stop at Family Detention

"Just heard there's an ICE checkpoint in Hollywood, a few blocks from where I live," she began, adding: "Everyone better give their housekeepers, nannies and landscapers a ride home tonight...."

The backlash was instant, prompting Heard to delete the tweet and replace it with a diplomatic post lamenting the xenophobia in Trump's America. Nonetheless, the star could not erase her earlier words and the receipts were quickly made public.

@realamberheard We noticed you deleted the racist tweet that preceded this one. The internet saved a copy for you. https://t.co/98khN83DrY
— ForAmerica 🇺🇸 (@ForAmerica 🇺🇸)1530630754.0

Heard has been avidly following and tweeting about the family separation policy, and describes herself as an "activist." While she is still yet to clarify her words, Heard did claim she was making a "simple statement."

With this human rights crisis being so politicized, it is hard to make a simple statement w/out it being used to di… https://t.co/hp214Jxjry
— Amber Heard (@Amber Heard)1530630962.0

The ICE is currently under enormous pressure from protesters for the organization's recent crackdown on undocumented immigrants. People have flocked to the Mexican border to protest family separation, and the coasts have seen a slew of demonstrations advocating to dismantle the ICE as a whole, with thousands turning out last week in Washington D.C., Portland, San Francisco and New York to send a message about the inhumane immigration policies to emerge from the Trump administration.

If you want to join in, keep an eye on Facebook groups like this one, which will announce new protests as they arise. Otherwise there are numerous charities that could use your help in the fight to keep families together, see a list of organizations here.