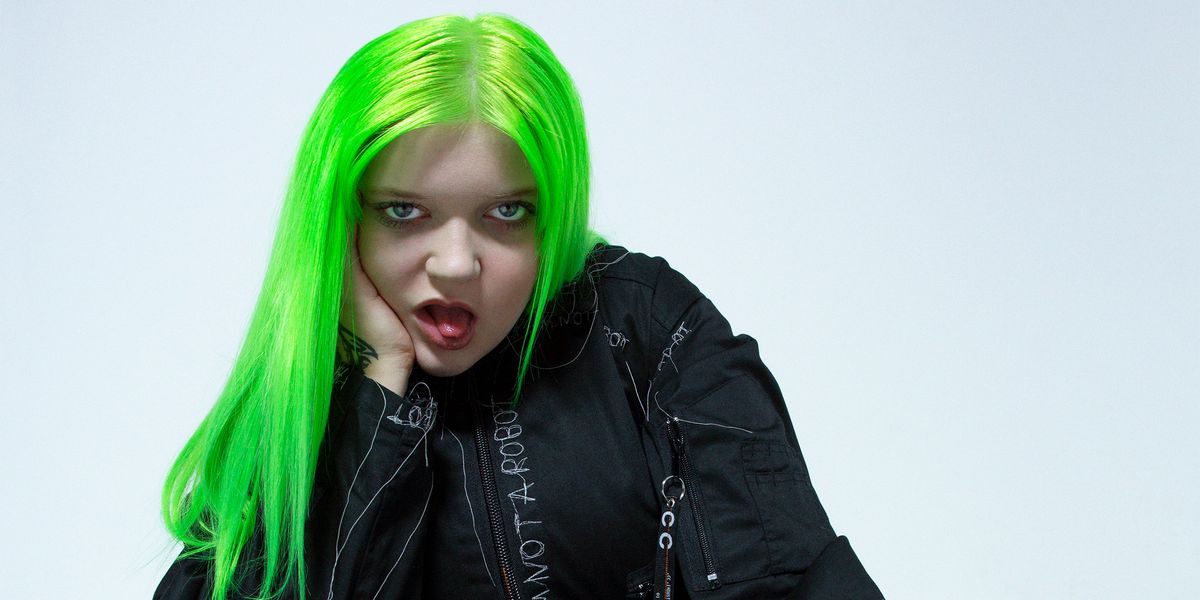 ALMA on Lindsay Lohan’s Comeback: 'Who Wouldn’t Love Her?'

You've likely heard of Finnish musician ALMA, since she frequently collaborates with massive names, such as Miley Cyrus and Charli XCX, when not creating idiosyncratic bangers of her own. Case in point: the recently released love song, "Stay All Night," off her upcoming debut album, Have You Seen Her?, out May 15.

The track's music video, debuted on the neon singer's 16th day of quarantine, shows her cuddling with a large, plush teddy bear and begging a lover: "Think about the worst thing that could happen/ Would it really be that fucking bad?"

ALMA more recently lent her songwriting talents to another noteworthy, yet unsung pop icon: the one and only Lindsay Lohan, whose comeback single "Back to Me" was released Friday, April 3. The single was the erstwhile singer/actor's first bit of new music since 2008's "Bossy."

ALMA says she initially wrote the song for herself, but felt that its empowering message might better suit another vocalist. According to ALMA, Lohan heard the track "through a mutual friend" and reached out, eager to get to work. "It's amazing," she says of Lohan's contributions. "It feels great to be a part of."

Naturally, ALMA says she was a huge fan of Lohan since the mid-aughts. Like many, Lohan's clubby Speak classic, "Rumors," was one of ALMA's favorite songs. "I've followed her career since I was a teenager," ALMA says. "Who wouldn't love Lindsay Lohan?"

The lyrics to "Back to Me" find Lohan reclaiming her identity in the face of great challenges. After many public trials, the breezy pop song represents a recovering tabloid queen who appears to have finally found her center. "My life is full of ripped up pages," she sings. "I've been weak, contagious/ But I'm coming back, I'm coming back to me."

This is significant to ALMA, who says that defining identity in a primarily digital age can be challenging. And as an artist, she knows it's important to check in with herself. "I feel like it's very easy to lose yourself in this distracted world," ALMA says. "Especially in this crazy business we operate in. Everything I write always comes from a personal place, a feeling or an experience."

Check out the official tracklist for ALMA's Have U Seen Her?, below: