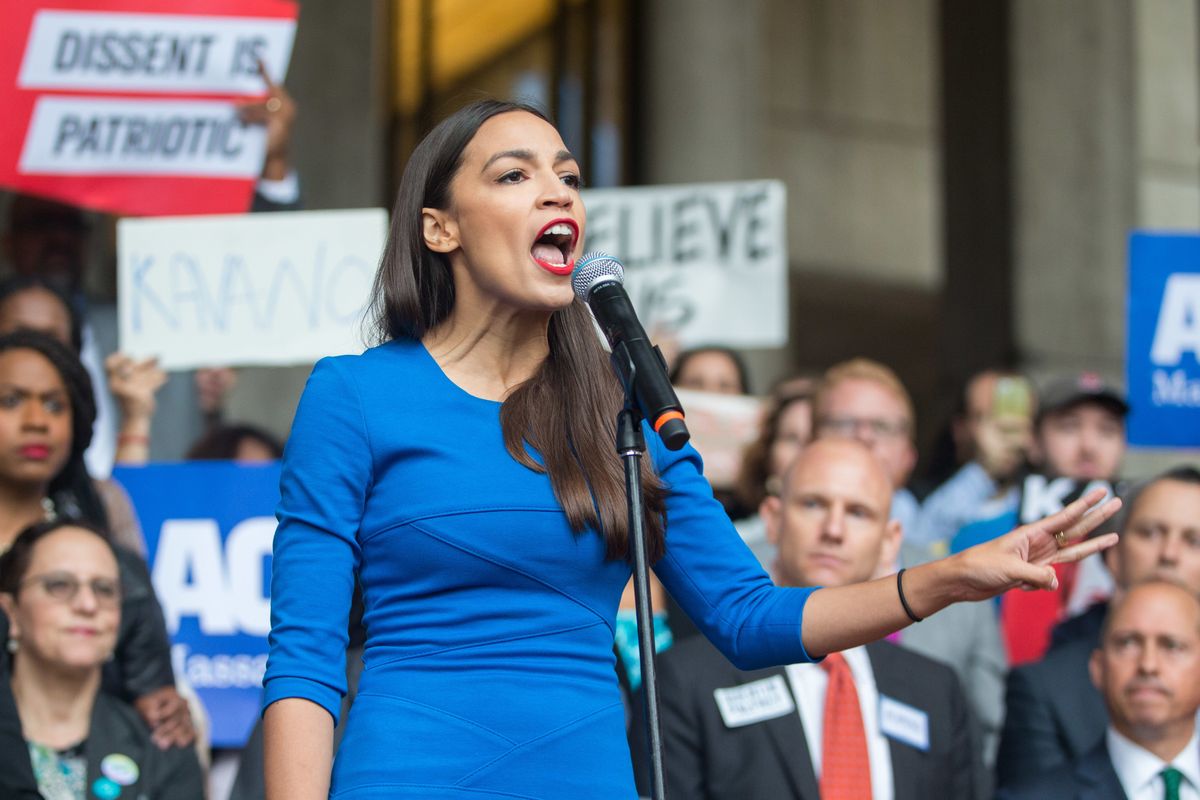 Republican legislators may be desperately taking every shot they can get at star New York congresswoman Alexandria Ocasio Cortez, but rest assured knowing that fact-sniffing watchdogs like Reddit-using foot fetishists are here to weed out smutty gossip.

This weekend, as reported by Motherboard, a photo circulated on Reddit forum r/Drama showing a woman's legs and feet in a candlelit bathtub. The post was titled "MOMMY'S TITTIES ON THE FAUCET," and the photo is emblazoned with the text: "alexandria ocasio-cortez.instagram.post.9-3-2016." If you zoom in, you're able to see a reflection of the woman's breasts in the bathtub faucet.

Motherboard reports that the image has been in circulation for over a month. It's not clear if people actually believed it was her (perhaps the fact that it never made it to mainstream Twitter indicates they didn't), but people were happy to suspend disbelief enough to leave fun comments like "thot in chief" and "Despite being a communist she is prime grade A."

The picture is not of her. How do we know?

Because of the website wikiFeet, its archive of photos of Ocasio-Cortez's feet, and one very intrepid foot fetishist. Motherboard reports that a Wikifeet user cross-referenced the "nude" with photos on the popular celebrity foot fetish website, and determined that the feet so seductively leaned up on the bath ledge, are in fact, not AOC's. The user went to r/drama to break the news.

"I'm a contributor to wikifeet and even I have never seen a second toe like that!" they posted to the original thread, along with a link to the Wiki of Ocasio-Cortez's feet.

Motherboard reached out to foot expert to ask how they spotted the difference. Their answer?

"I've sucked enough toes in my life to recognize when something doesn't look right."

Damn! No, but really. They continued: "Because we can't dorsi- or plantarflex our 2nd-5th toes independently I knew it wasn't a matter of the toe being bent. I thought that maybe she has some form of brachydactyly but her Wikifeet page has clear evidence to the contrary. So it was clear to me that it wasn't her feet."

The photo has been claimed by cam model and activist Sydney Leathers, whose sexts with Anthony Weiner were the partial basis of his 2013 scandal.

Well, here's to proud, progressive sex workers and observant reddit users! It's lucky the photo never made it to virality, if only because it would be a waste of Ocasio-Cortez's time. The respectability politics that women in the public eye are beholden to are a discussion for another day...

This fabrication follows the "leak" of a widely available YouTube video of Ocasio-Cortez dancing, the latest strike in an extremely unsuccessful pearl-clutching, conservative campaign (which has targeted her clothes and her choice to go on vacation) to paint her as a silly, unqualified fraud.

AOC, the Internet has your back!