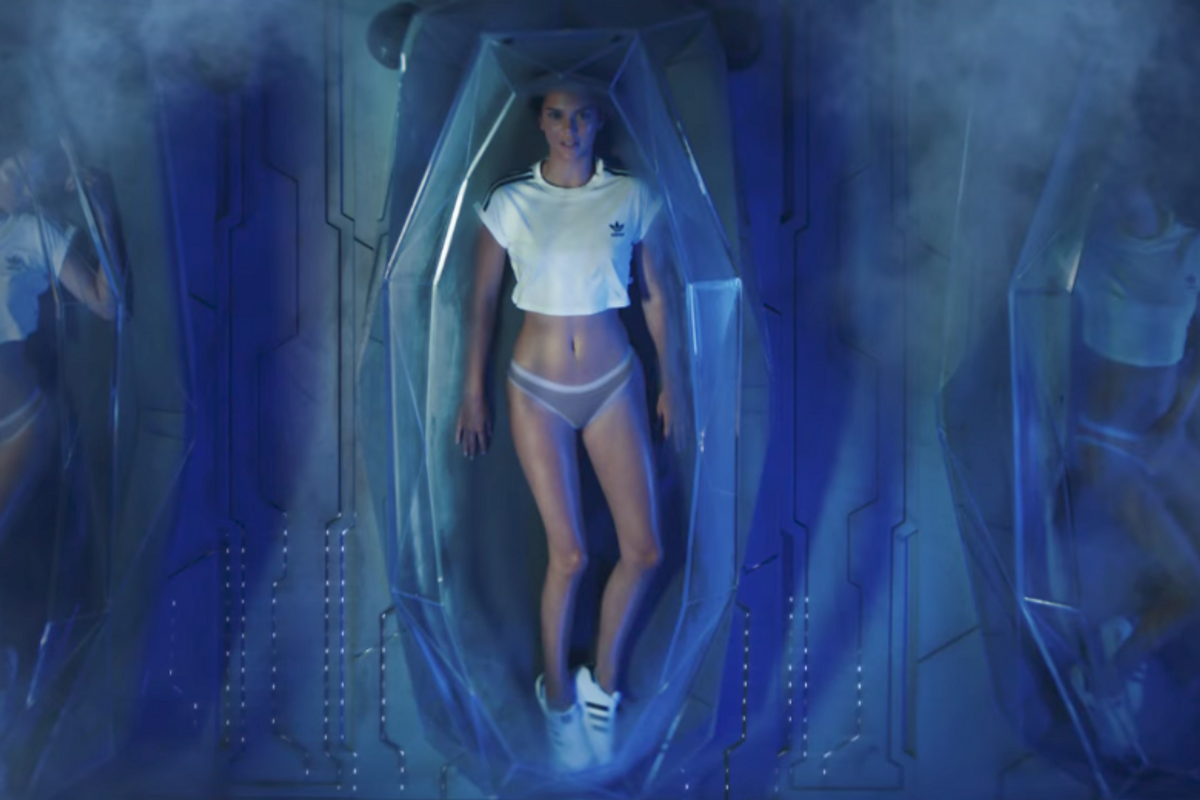 adidas Originals announced that Kendall Jenner would join the star-studded ranks of its stylish brand ambassadors earlier this year, and now they've delivered up the goods. The third installment of the brand's "Original Is Never Finished" campaign is similar to the ones that came before it, which featured the likes of Snoop Dogg, Desiigner, Stormzy and Petra Collins in baroque-inspired settings. A chopped up version of Frank Sinatra's "My Way" plays as Jenner morphs into Sandro Botticelli's "Birth of Venus" painting, and she and her co-stars Young Thug, Playboi Carti, James Harden and 21 Savage take on the form of Da Vinci's 'Vitruvian Man,' with a sci-fi twist.