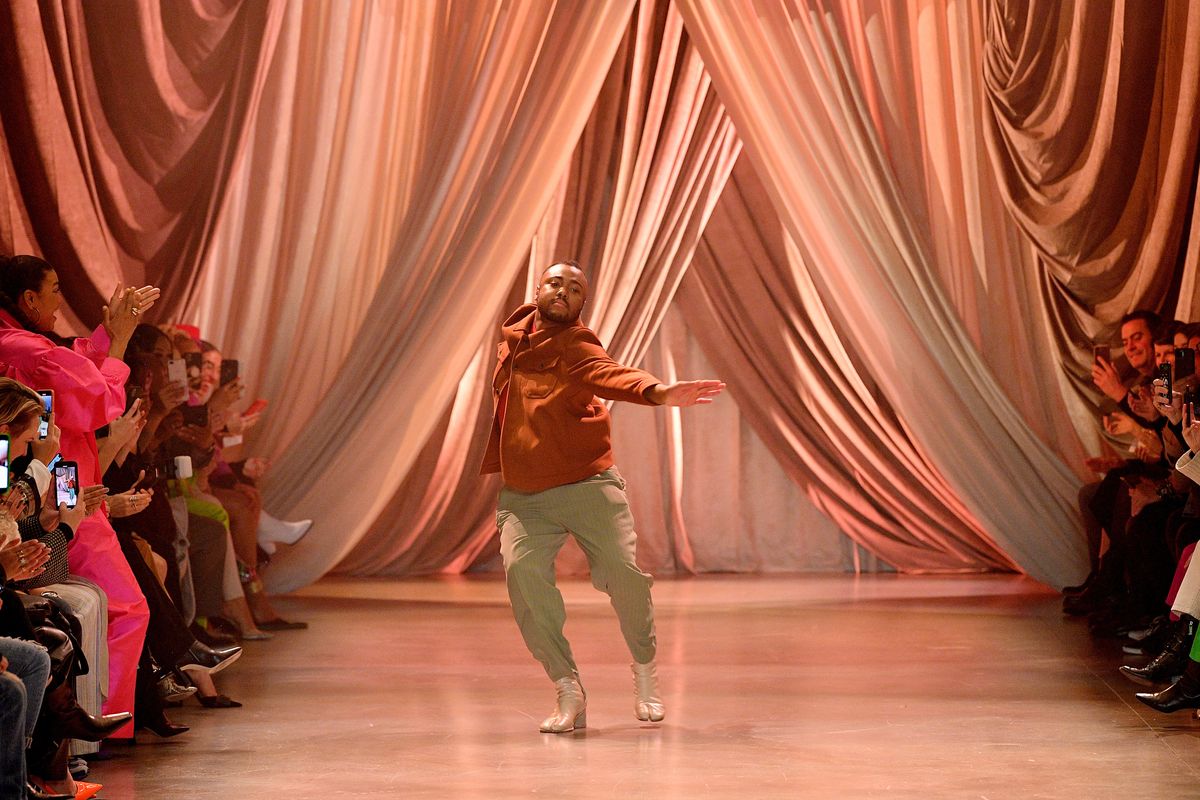 This year's CFDA Fashion Awards, which normally take place in June with splashy red carpets and celebrity sightings, pivoted to a digital format as live events continue to be affected by the pandemic. The annual showcase honoring the best of American design talent was streamed on Runway360 today with CFDA chairman Tom Ford announcing the winners.

Prizes were divided into separate categories including women's, menswear, accessories and emerging talent. Telfar Clemens, whose popular shopping totes continue to sell out online, won the Accessories Designer of the Year award, beating out nominees like last year's winner The Row.

Christopher John Rogers, meanwhile, nabbed the honor for Emerging Designer of the Year in a tough category that included Peter Do and Kenneth Nicholson. Rogers' ebullient designs and glamorous dresses have been consistently been some of the highlights of NYFW for the past several seasons.

The nominees and winners were determined by the CFDA Awards Guild which is comprised of CFDA members, fashion journalists, stylists and retail executives. See, below, for the full list of 2020 CFDA Fashion Awards winners.

American Womenswear Designer of the Year:

​American Menswear Designer of the Year:

American Accessories Designer of the Year:

American Emerging Designer of the Year:

Global Women's Designer of the Year:

Global Men's Designer of the Year: