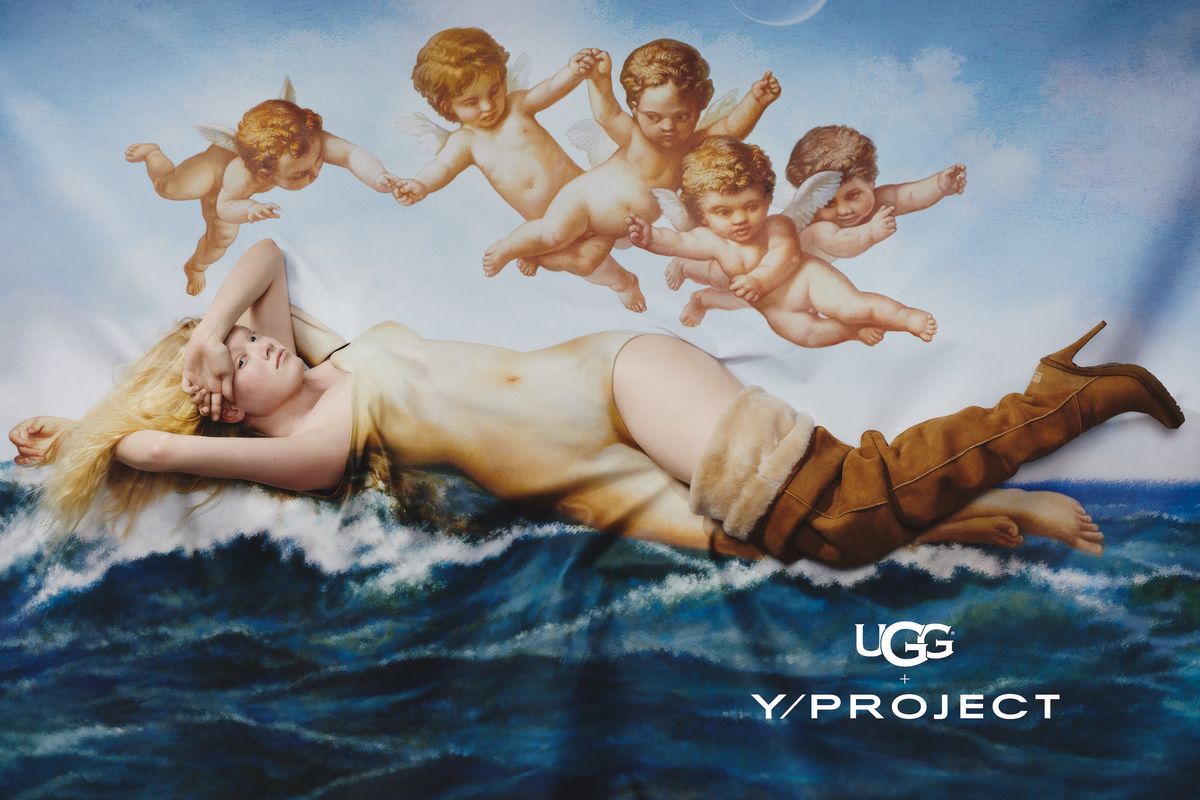 Uggs Are No Longer Uggly

During Paris Fashion Week in February, Dutch designer Glenn Martens, who's helmed French ready-to-wear label Y/Project since 2013, unveiled his second collaboration with Ugg. In Martens' hands, the California-based brand's shearling shoes — that have returned on the cushioned heels of early-2000s nostalgia — have become thigh-high heeled boots, mules, slippers, and a tiered iteration of their original form.

For the collaboration's campaign photographed by Arnaud Lajeunie, Martens has reimagined models Tess McMillan, Betsy Teske, Jan Trojan, and Sami El Haddad as Greek mythological figures including Venus, Apollo, Hercules, and Omphale. Their arms, legs, faces, and torsos emerge from depictions of the celestial figures on canvas — created by set designer Miguel Bento — in a nod to the concept of rebirth. Like Venus Anadyomene emerging from the sea in her most beautiful, fully-developed form, Ugg has risen from a junior-high status symbol to an ironically chic emblem of the times.