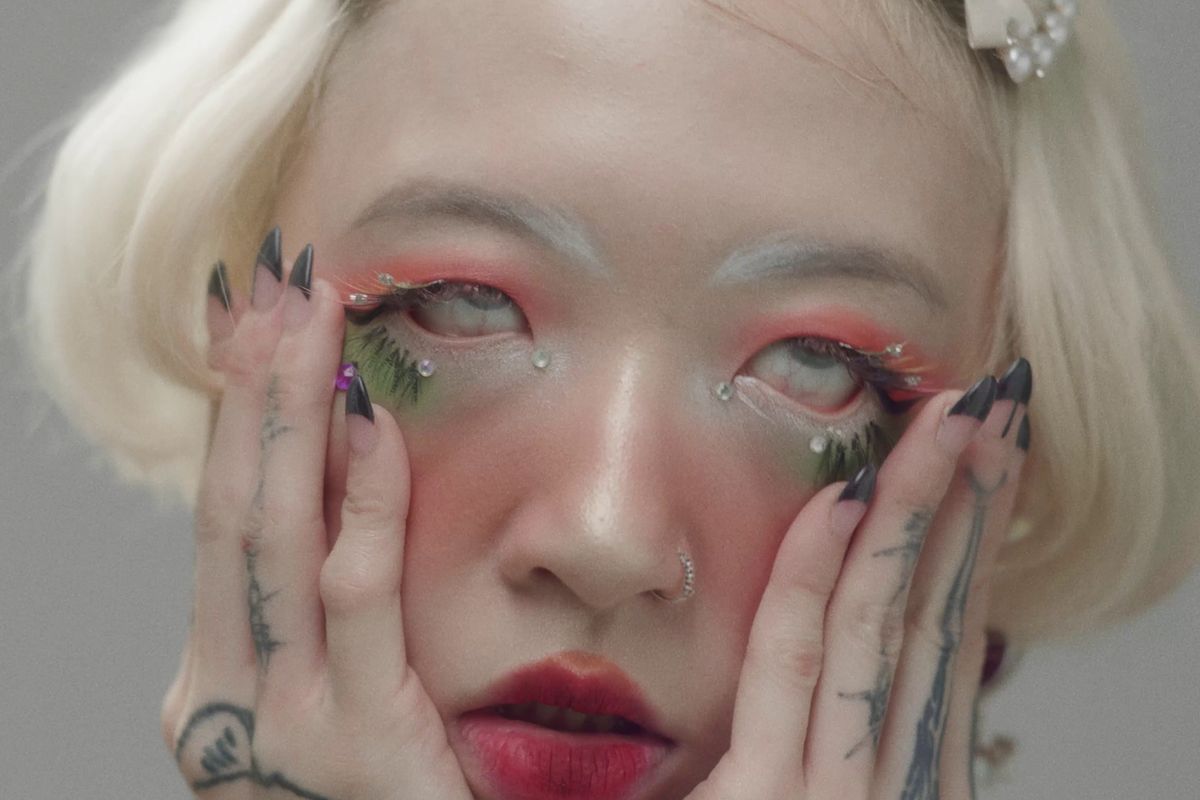 Yeule Shows the Beauty of Decay in 'Pretty Bones'

London-via-Singapore artist yeule — the alter ego of Nat Ćmiel — brings audiences into her dreamy, gothic, post-pop world with her ethereal vocals. The singer has been doing so with all her work ever since her 2017 EP, Coma. And now, audiences can get a full taste of what it means to be immersed in her music and artistry as she just completed her first full album.

Yeule premieres her video for her first single from her new album, "Pretty Bones," with PAPER today. We spoke to the singer — who is signing with Bayonet Records — about manifesting herself through her alter ego, her sound, and her visually stunning, heavily metaphorical music video.

How has "yeule" become a manifestation of yourself?

The real world as we know it, is stifling. I can only do so much to manifest an aura. I found a desire to capture the self, the part of me which glows a certain way. I feel at these points, are moments where I'm the most "out of it", detached from realness. Yeule emanates that aura for me, and having her is a way for me to... I guess something like cross a bridge. In my dreams, it looks like a deep pool of black ink. She's a reflection of me which allows me to reveal parts i think could be meaningful.

How would you describe your music to someone who hasn't heard your sound?

There's structure in liquid but the particles aren't so packed together, it's kind of loosely fitted and has no regular arrangement. The molecules vibrate quickly and escape into the air as vapor.

You're studying fine arts. How do you find art intersects with your music career?

Meaningful gestures of exchange, love, connecting with others without knowing them. All recollections of the self expressed in any artistic way is embedded in a string that connects the moment of imprint to the part of the psyche. The very subtle recollections of our world, expressed in someway, could change a lot of things. It's that invisible tethering of self to the other. Maybe practicing fine art is a reminder of the importance of process and passing time silently, with grace. Even if it never reaches anyone.

Where do you typically draw inspiration for your work?

Bad memories with glitches in any form I can witness.

What inspired "Pretty Bones"? What did you want to say with the song?

This song talks about some of my obsessions. I wish I could say more about it but it's hard to stay in one place. It was also a reminder to take care of yourself and don't do anything stupid.

The music video is so stunning. How did the concept for the video come about?

I wanted to portray a "life cycle" to the self. flourishing beauty to rotted decay, rebirth, transformations... The song had connotations of unhealthy cycles and obsessions, and I held on to a lot of things I knew could only be temporary. I liked to see the beautiful things destruct, melt, disappear. Our director, Joy Song is a dear friend of mine who's also from Singapore. Joy helped me come up with all this imagery to give life to these metaphors. It was really amazing, working with her. shes got all these ideas in her head, and it kind of felt right, to make this together. She really is like a sister to me. We fed on each other's imagination and made it seem more real.

Can you tell us about what you're working on now?

I've finished my first full length album. I'm working on the next one after that — this time knowing my nature a little bit better, I think.