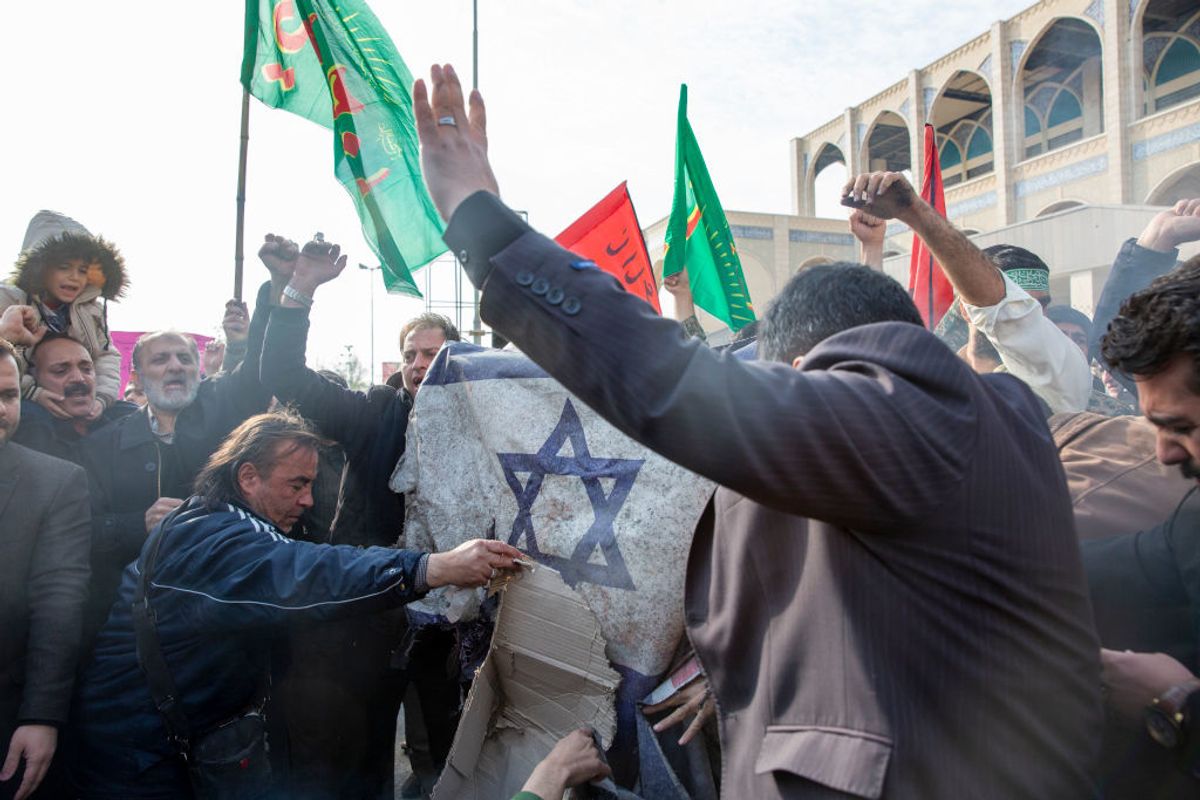 Why #WWIII Trending Is No Laughing Matter

This follows the news of local protesters attacking the US Embassy in Iraq earlier this week. Suleimani's death has escalated tensions between Iraq and the United States. Adding insult to injury, Trump tweeted a picture of the American flag, which catalyzed Twitter users to circulate memes speculating on what they would do if World War III did in fact commence. #WWIII is trending as a result.

However, the strained relations between Iraq, Iran and the United States prove this turn of events is no laughing matter. In U.S. cities with large Iranian populations, police departments are tweeting about increased surveillance to protect them from potential xenophobic and racist hate crimes. Los Angeles, home to almost half a million Iranians, more than anywhere outside of Iran, is one place issuing protective notices.

This Department is committed to ensuring the safety of our vibrant and diverse community, and we ask every Angeleno… https://t.co/JGs6YkFe1O
— LAPD HQ (@LAPD HQ)1578030750.0

Before adding fuel to the #WWIII fires starting online, here are some key points to keep in mind.

On Friday, Iran's leaders issued vociferous calls stating their need for revenge against the U.S. for Suleimani's murder in an overnight airstrike at the Baghdad Airport. "His departure to God does not end his path or his mission, but a forceful revenge awaits the criminals who have his blood and the blood of the other martyrs last night on their hands," Ayatollah Ali Khamenei, Iran's supreme leader stated Friday after calling for three days of national mourning.

All American citizens have been ordered to evacuate Iraq

The U.S. Embassy has urged all Americans to leave Iraq as quickly as they can, because of "heightened tensions" in Baghdad.

Abu Mahdi al-Muhandis, who was killed alongside Suleimani, was the deputy commander that oversaw Iraq's militia groups. He was a veteran of the Iraq War, and has been a lifelong ally to Iran. According to AP News, Iraqi leaders and citizens are now also calling for revenge against the U.S.

The U.S. is trying to de-escalate the situation

According to U.S. Secretary of State, Mike Pompeo tweeted a video earlier today stating that people were dancing in Iraq and thankful that Suleimani was no longer a threat. While the general public and diplomats in Britain, China and Germany were made aware of Trump's drone strike; according to The New York Times, they are now trying to make sure that there is no retaliation that would put all countries at the brink of another world war.

Iraqis — Iraqis — dancing in the street for freedom; thankful that General Soleimani is no more. https://t.co/huFcae3ap4
— Secretary Pompeo (@Secretary Pompeo)1578026078.0

Additionally, Congresswoman Maxine Waters issued a statement condemning the president's actions, saying that while Iran is a "hostile adversary," war is not in the nation's best interests. "While no patriotic American laments the death of such a heinous individual [...], we cannot allow this president and his administration to take impulsive actions that needlessly escalate tensions and start a deadly war with Iran," she says.