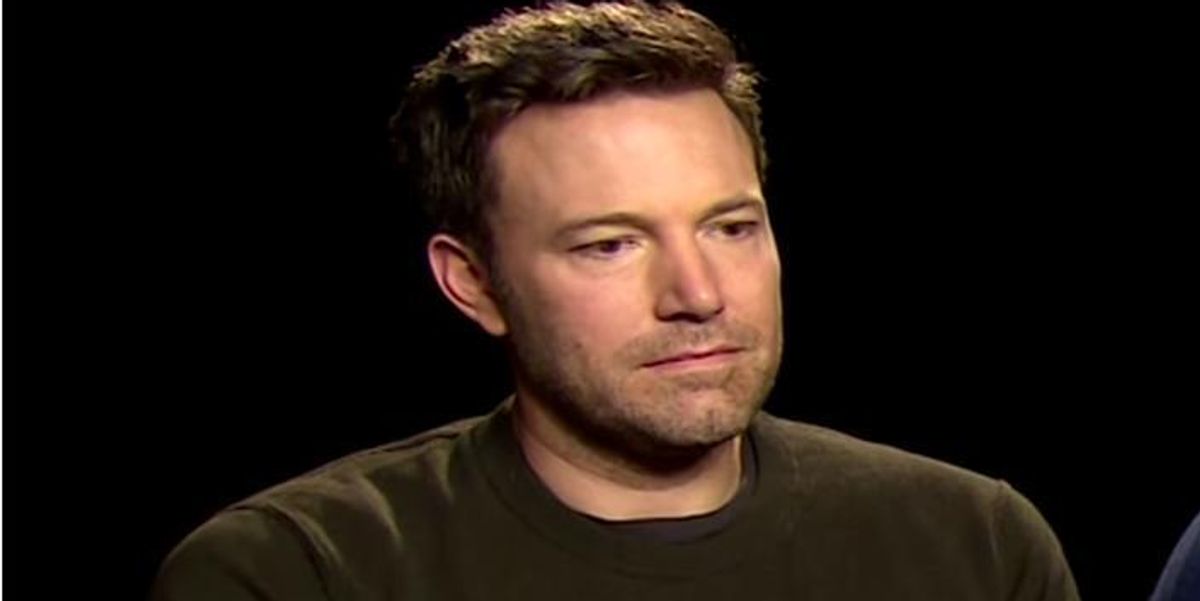 Why Is Ben Affleck So Sad?

When an interviewer haltingly addressed Batman v Superman's "mixed" (i.e. terrible) reviews, he unwittingly discovered a brilliant new animal, the Sad Affleck. Cue Simon and Garfunkel's "The Sound of Silence," as we zoom in on Ben's despondent, downcast face. Watch as he tunes out whatever nonsense Henry Cavill offers as explanation and instead accepts the full depths of his failure as Batman. This is Affleck v Affleck: Dawn of The Realization That Life Is Meaningless. What fuels the Sad-fleck? Is it really just the abysmal reviews for his turn as Bruce Wayne? Could it be that co-star Henry Cavill keeps putting his foot in his mouth? Or maybe...maybe the true reason is he misses sporting a gloriously dumb phoenix rising back tattoo? Whatever excuse Superman gave is fine with him.